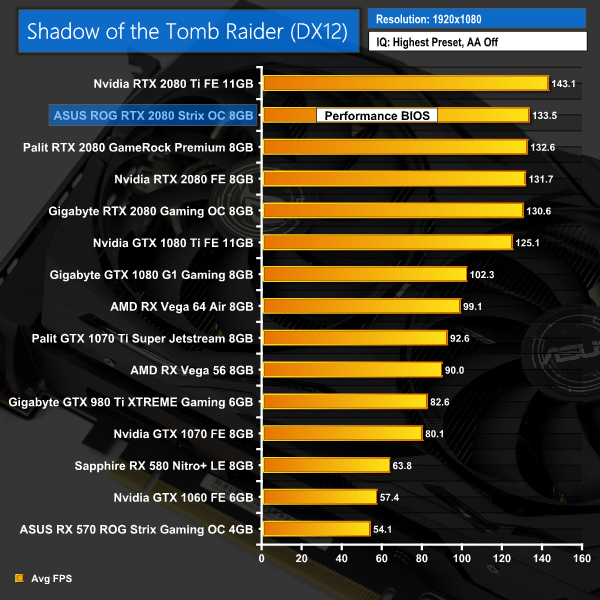 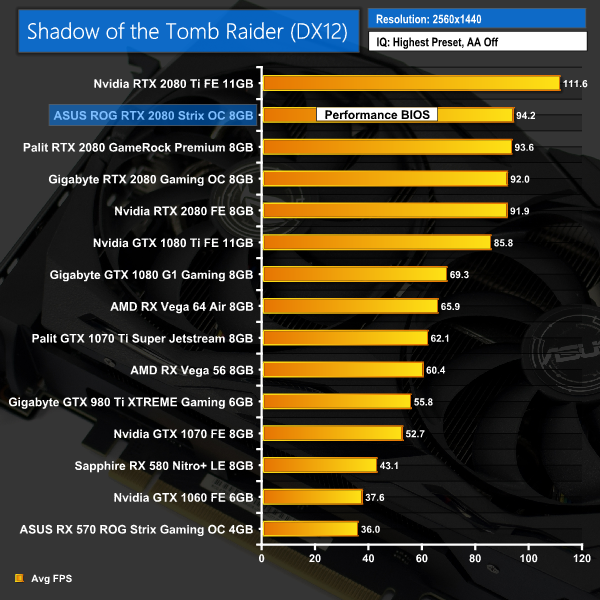 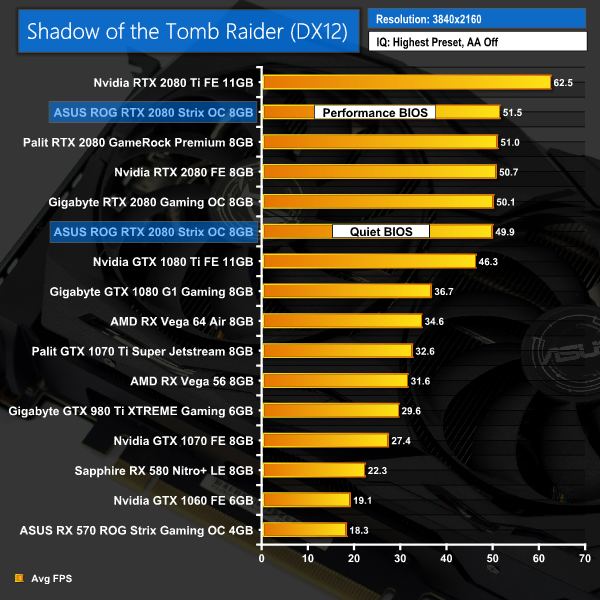 As expected, Shadow of the Tomb Raider again has the Strix as the fastest RTX 2080 card. It takes a 0.8FPS lead over the Founders Edition at 4K resolution.

The quiet BIOS is 1.6FPS slower at 4K than the performance BIOS, too – though it is essentially on par with the Gigabyte RTX 2080 Gaming OC.