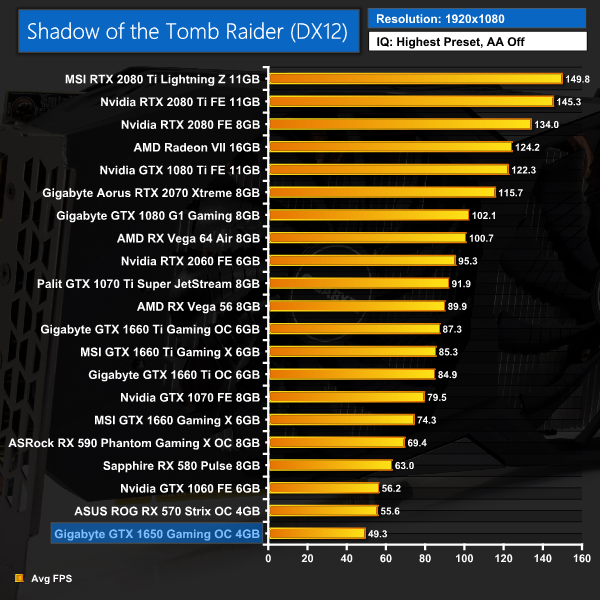 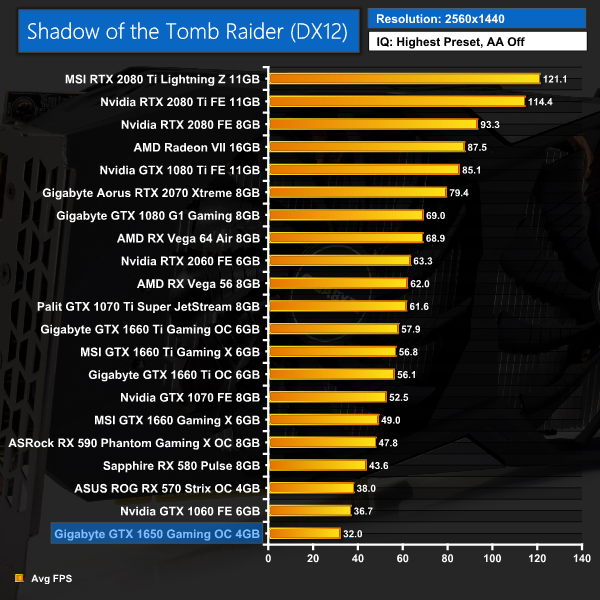 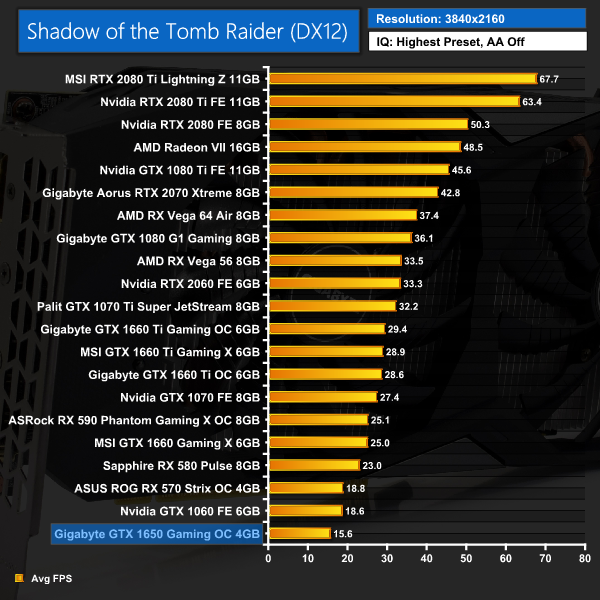 Rounding out our games testing, Shadow of the Tomb Raider doesn’t deviate from the trend we have observed so far – GTX 1650 comes in bottom of the pile, around 6FPS slower than the RX 570 when gaming at 1080p. With an average frame rate of 32FPS, gaming at 1440p is also a pretty choppy experience.