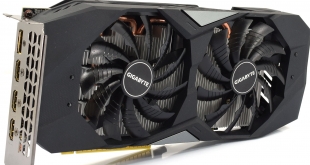 Targeting the 1080p gamer on a budget, Nvidia officially unveiled the GTX 1650 on Tuesday April 23. In an unusual move, though, drivers for the new card were not seeded to press ahead of launch – meaning it has been a frantic couple of days testing this new entry-level GPU. With prices starting at £138, is the GTX 1650 a good buy or are there better options available?

The specific card we are looking at today is from Gigabyte, in the form of the GTX 1650 Gaming OC 4G. This is Gigabyte’s flagship GTX 1650 card, and accordingly it does sport a price-premium over the £138 MSRP – it will set you back around £160 at the time of writing. Whether or not it can justify that price remains to be seen, particularly as RX 570 partner cards now start at around £125. 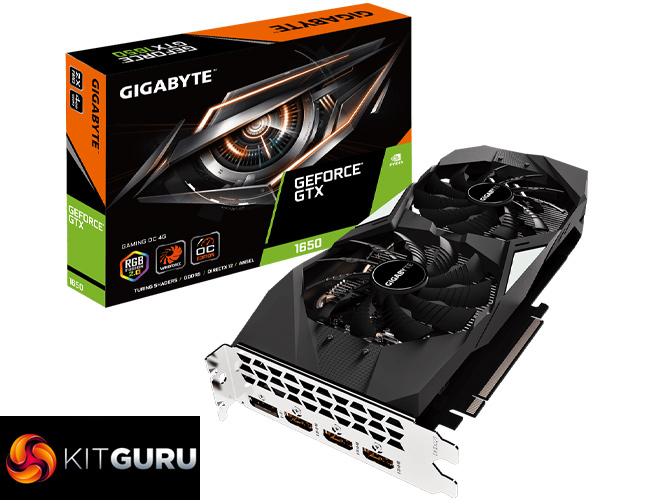 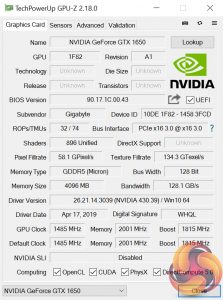 As we mentioned, the TU117 GPU that GTX 1650 is based on, is effectively a scaled-down TU116 GPU. That means it uses the same Turing architecture with the same SM design that we have seen with both the GTX 1660 and GTX 1660 Ti. It is worth noting, however, that the desktop TU117 part – with 14 SMs and 896 CUDA cores – is not actually a full implementation of TU117. Instead, TU117 for laptops has an extra two SMs, giving that a total of 1024 CUDA cores.

We are concerned with the desktop part, however, so 896 cores is what we get. Reference spec has the boost clock for GTX 1650 at 1665MHz, though this Gigabyte model ups that considerably with a rated boost clock of 1815MHz. Do note, however, that clock speed will vary significantly card-to-card – some GTX 1650s have no supplemental power connectors and will likely run a little slower, but some require a 6-pin PCIe power connector and should run a little faster.

This card falls into the latter of those two camps, and Gigabyte actually rates this Gaming OC 4G card with a 105W TDP – which is a full 30W more than reference spec. It goes without saying that a slower-clocked card, without the additional 6-pin connector, is going to be drawing less power which explains why the reference specification states a 75W TDP.

Lastly, as for card memory, GTX 1650 is equipped with 4GB GDDR5 memory operating over a 128-bit bus. This gives total memory bandwidth of 128 GB/s. The memory is running at stock speeds on this Gaming OC 4G.