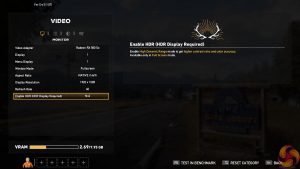 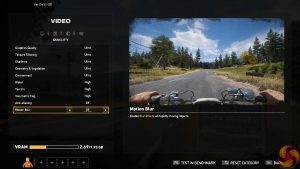 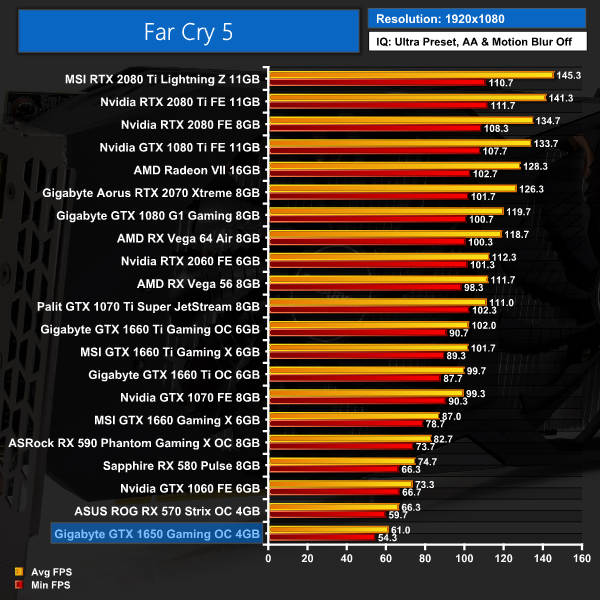 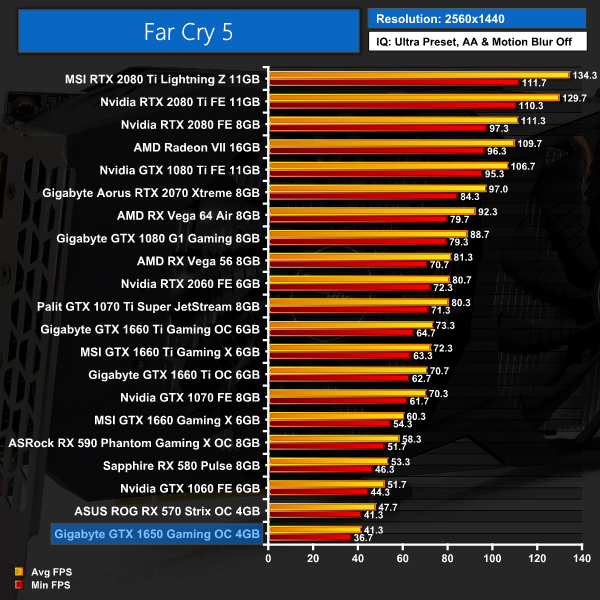 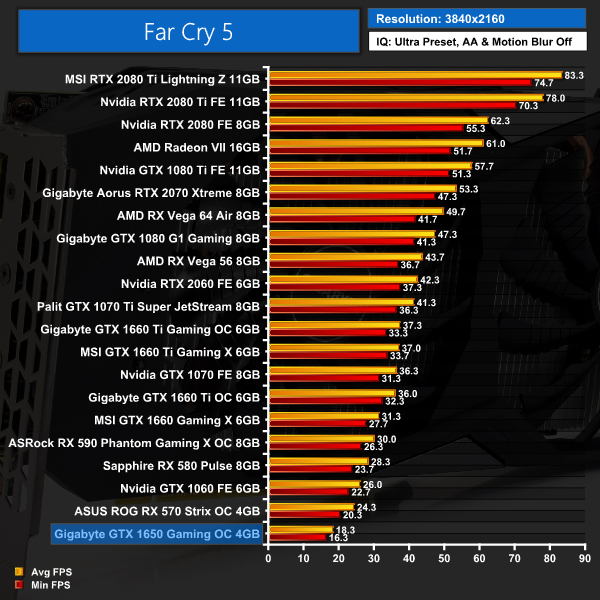 At last things to begin to look a bit better when playing Far Cry 5. Here the GTX 1650 averages over 60FPS at 1080p, which is about 5FPS slower than the RX 570 – but it is still a decent result. At 1440p we saw minimums of 36FPS which isn’t too smooth, but you could just about get away with it.