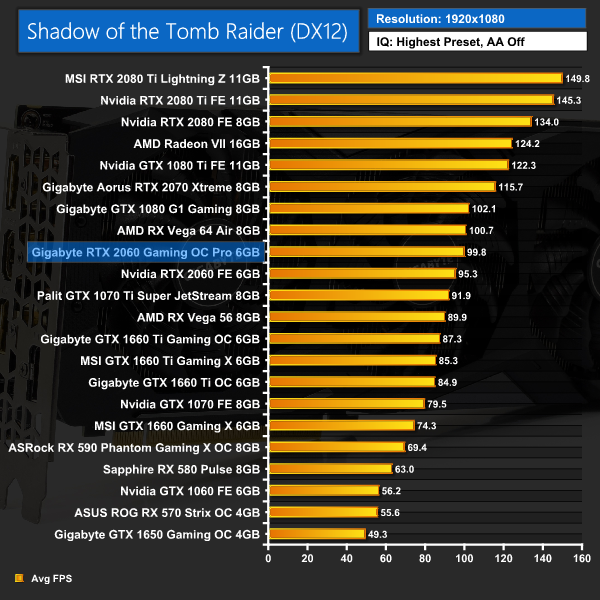 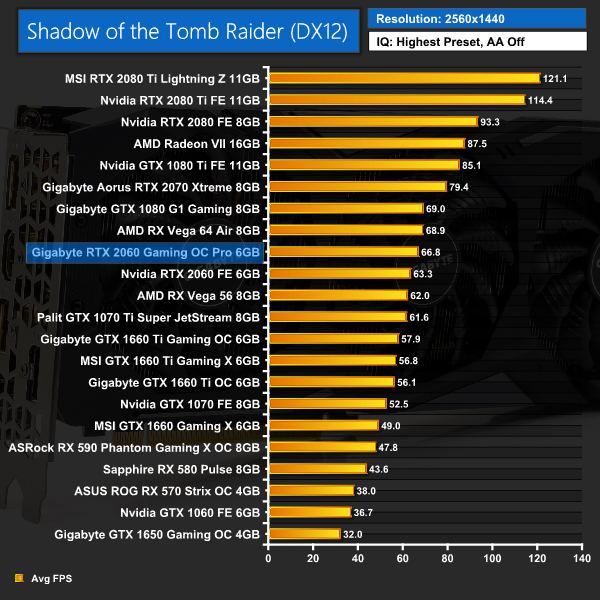 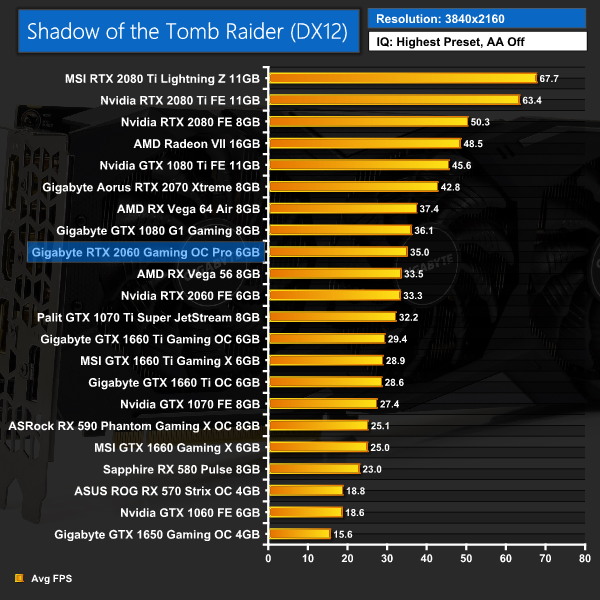 As for Shadow of the Tomb Raider, things come out pretty much as expected. The Gaming OC Pro outperforms the RTX 2060 FE by almost 5FPS at 1080p, and Vega 56 is another 5FPS behind the Founders Edition. At 1440p, the card still averages over 60FPS.