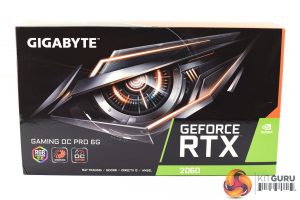 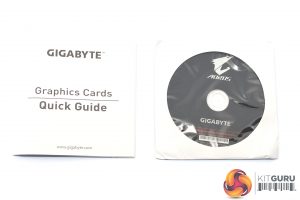 The Gigabyte RTX 2060 Gaming OC Pro 6G ships in the same sort of box as all the other Gigabyte cards we have reviewed recently – meaning it is mostly black, with the front taken up by the robotic-styled eye logo.

Inside, Gigabyte hasn’t gone overboard with the accessory kit as we find just a quick-start guide and driver disk included. 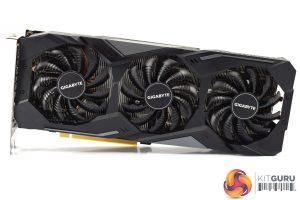 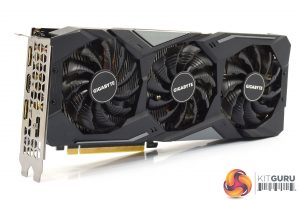 The card itself is also very clearly a Gigabyte design, as the company has used a similar matte black plastic shroud design across its product portfolio for this current generation. I’m not saying that as a criticism as the colour-neutral aesthetic means you won’t have any issues putting this into a colour-coordinated build. Taken on its own, however, it is certainly not the most exciting-looking card we’ve seen this year.

It’s good to see a triple-fan cooler used, though, and here each fan measures 80mm in diameter. These also use Gigabyte’s Alternate Spinning technology, where the outer two fans spin counter-clockwise while the inner fan spins clockwise. Gigabyte says this reduces turbulence and thus increases airflow pressure, but we will get to thermal dynamics later in the review. 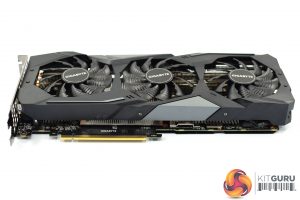 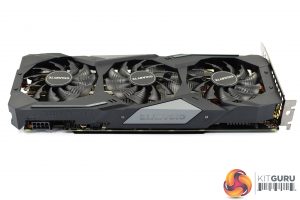 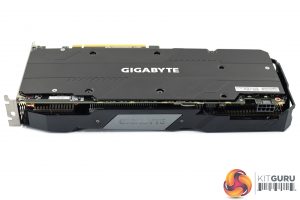 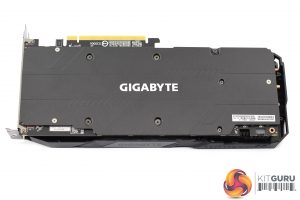 The front side of the card is home to the Gigabyte logo, and this is the only RGB zone on the card. RGB lighting clearly isn’t a big focus for the Gaming OC Pro – we’ve seen cards from MSI and ASUS which have multiple RGB zones across the shroud and backplate – so whether you see this as a positive or a negative depends on your opinion of RGB lighting.

Still, there is a metal backplate – it looks like anodised aluminium – fitted to the card which is good to see. It’s again quite plain in design but should help with both heat dissipation and the overall rigidity of the card. 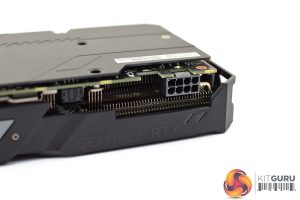 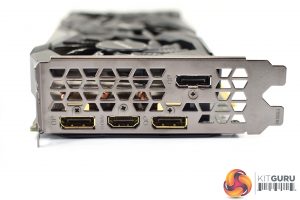 Display outputs are also as expected, with 3x DisplayPort 1.4 and 1x HDMI 2.0b. 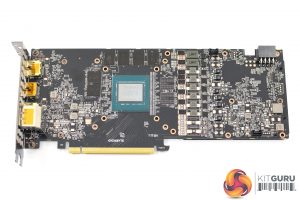 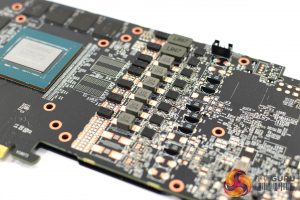 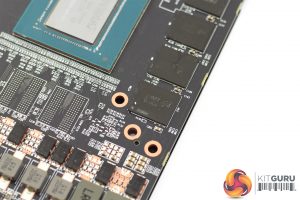 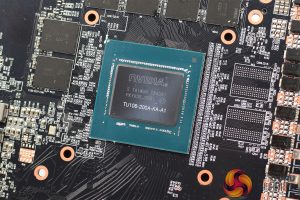 Opening up the card requires removing 7 screws from the backplate, and then we get a look at the PCB. Here, Gigabyte has gone for a 6+2 power phase design, the same configuration as used with the Founders Edition. The GDDR6 memory chips come from Micron – each chip is labelled ‘8WA77D9WCW’ – while we can also see the GPU die is labelled ‘TU106-200A’, meaning this is a higher-binned chip. 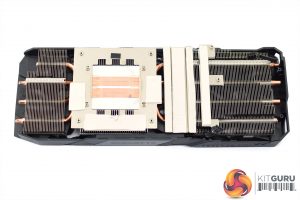 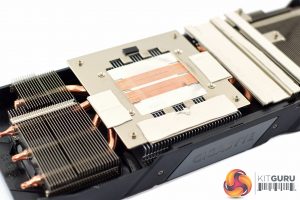 As for the cooler, this is made up of three separate aluminium fin stacks which are connected by four 6mm copper heatpipes. These heatpipes make direct contact with the GPU die, and we can also see plenty of thermal pads have been used for the memory chips and VRM.