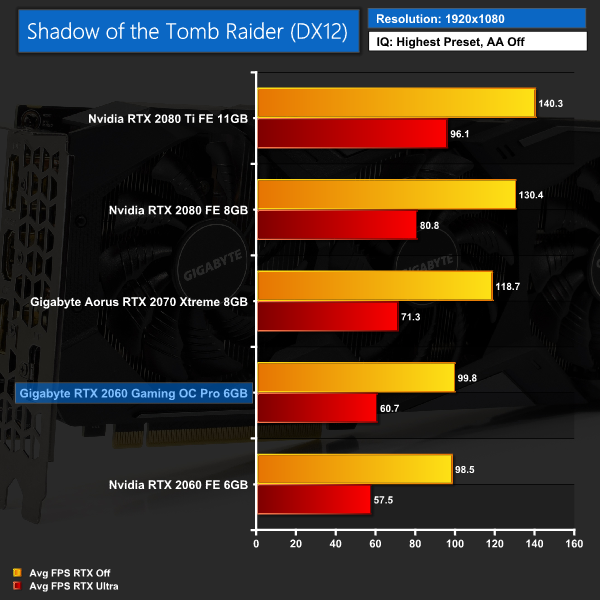 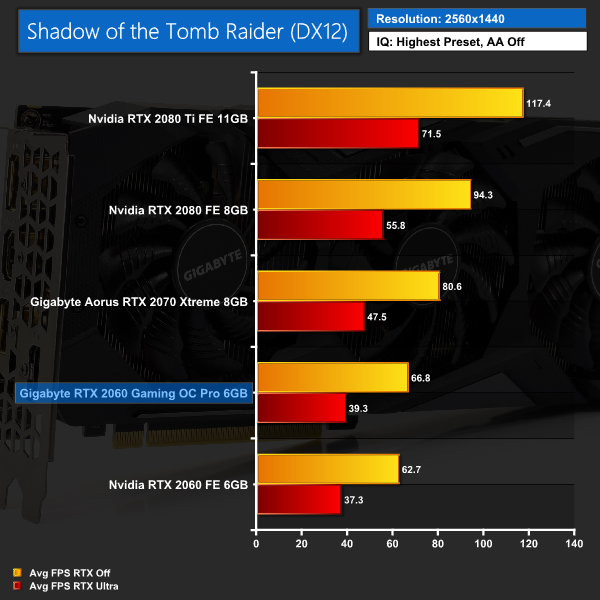 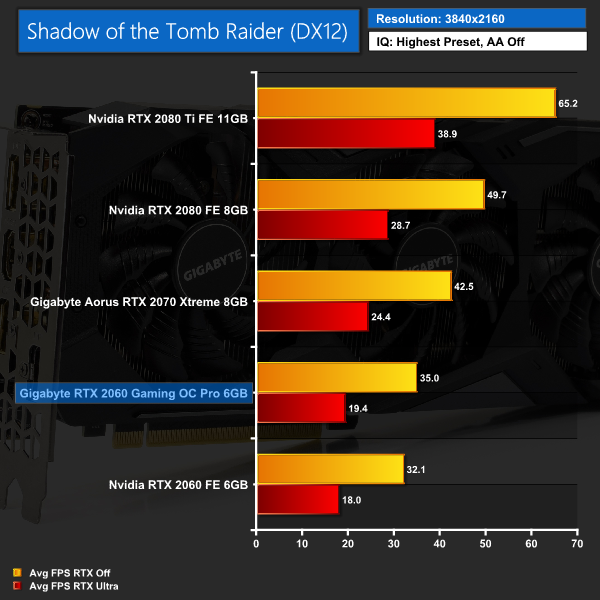 Ray traced performance is again decent at 1080p, with the Gaming OC Pro averaging almost exactly 60FPS. That’s another 40% performance hit when compared to no ray racing, however, so it really depends how you’d rather play the game.