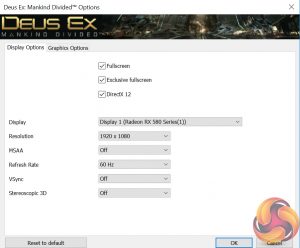 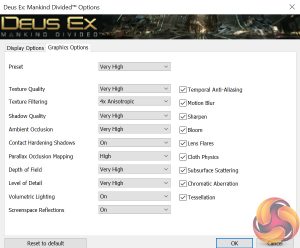 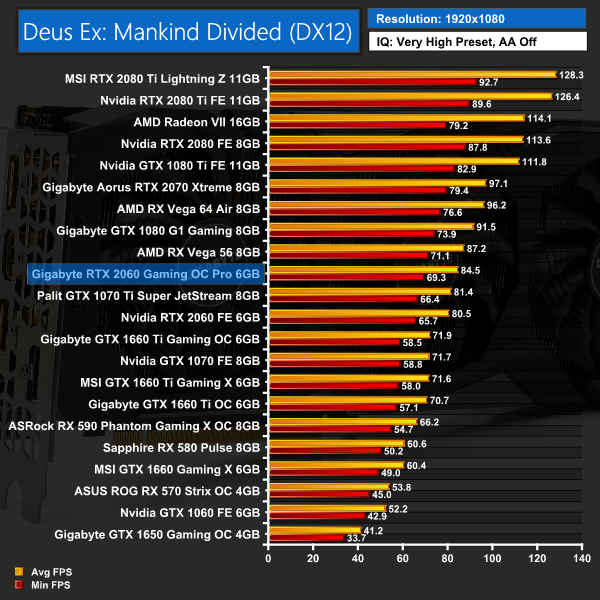 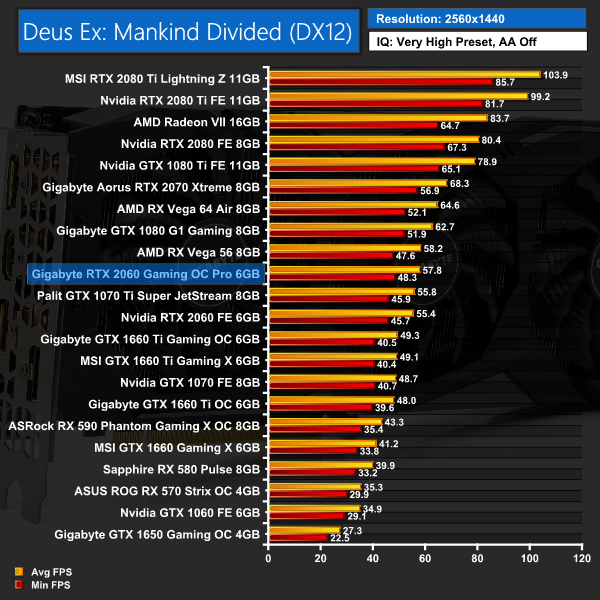 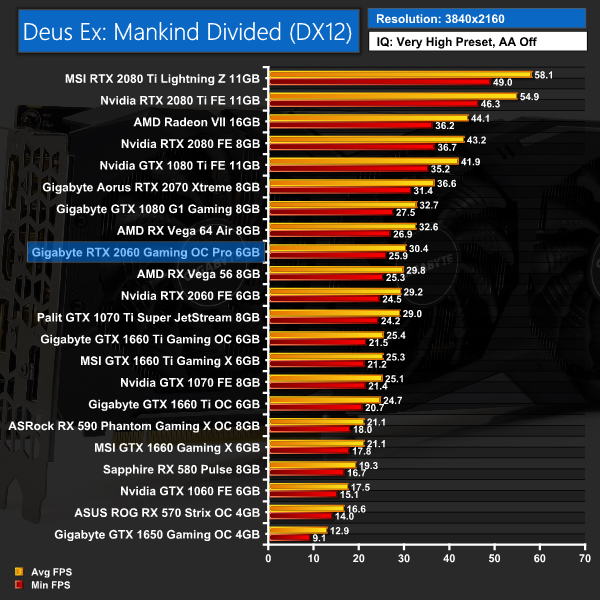 Moving to Deus Ex: Mankind Divided, the Gigabyte Gaming OC Pro again outperforms the RTX 2060 FE by a small margin – around 4FPS at 1080p. Interestingly, this is one of the titles where Vega 56 is faster than RTX 2060 – at 1080p and 1440p at least, though they are effectively tied at 4K.