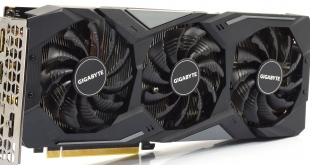 We've spent the last few months focusing on Nvidia's GTX 16-series graphics cards – starting with the GTX 1660 Ti and working down to the more recent GTX 1650. Today, however, our attention turns back to the RTX family, and specifically the mid-range RTX 2060. The particular model in question is Gigabyte's Gaming OC Pro 6G, which comes with a factory overclocked core, triple-fan cooler and RGB lighting. Is it worth the £360 asking price?

When RTX 2060 launched back in January 2019, Nvidia decided that its Founders Edition card would not come factory overclocked – instead, it would be up to AIB partners to ship RTX 2060s with higher clock speeds. Gigabyte has duly stepped up to the plate with its RTX 2060 Gaming OC Pro 6G, as this card has a rated boost clock of 1830MHz – an increase of 150MHz over the Founders card.

That means we would expect the Gigabyte to run a bit faster than the Founders Edition, while its triple-fan Windforce 3X cooler should also keep the card both cooler and quieter than the Founders 2060. Priced £31 higher than RTX 2060 MSRP, though, we would expect some improvement for the extra outlay. Whether or not the improvements can justify the higher price, we will have to see. 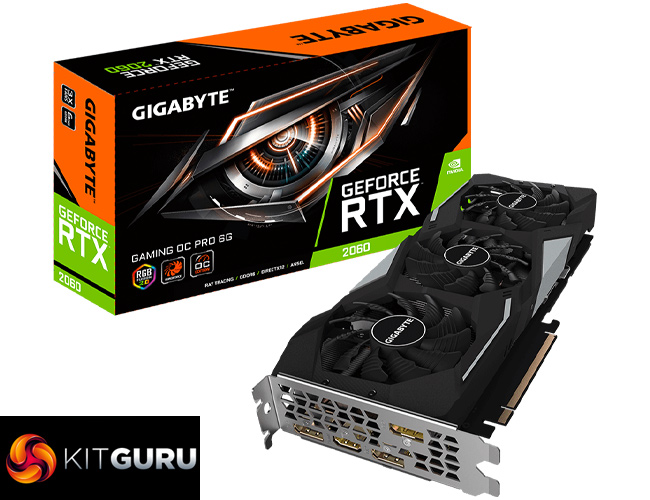 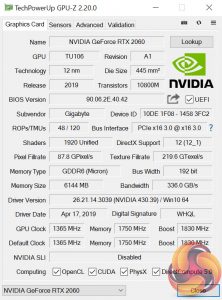 Reference specification for the RTX 2060 has a rated boost clock of 1680MHz, but as mentioned this Gaming OC Pro 6G ups the speed to 1830MHz. The 6GB of GDDR6 memory, however, has been left at the stock 14 Gbps data rate.