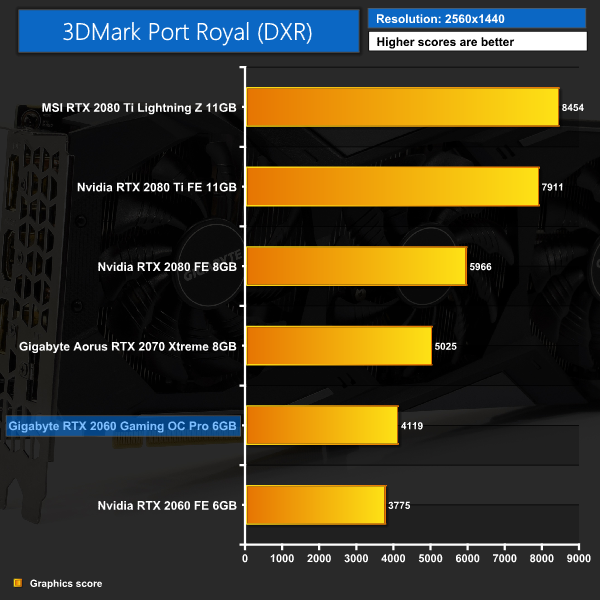 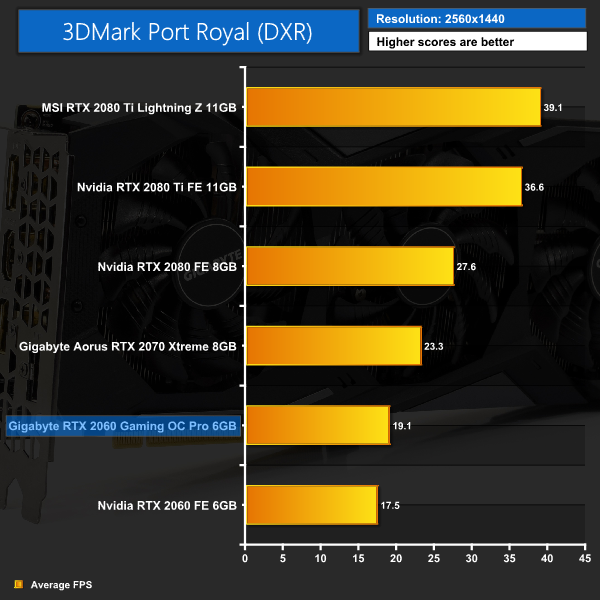 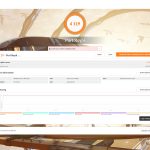 A similar trend can be observed from the Port Royal benchmark, which is specifically designed to test a card’s ray tracing abilities. Here, the Gigabyte 2060 outperforms its Founders Edition cousin by a larger margin, in the region of 9%.