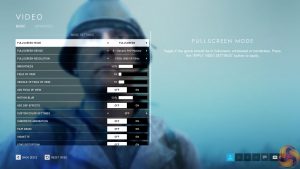 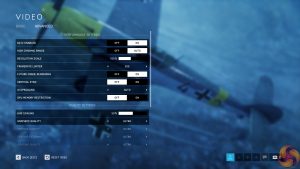 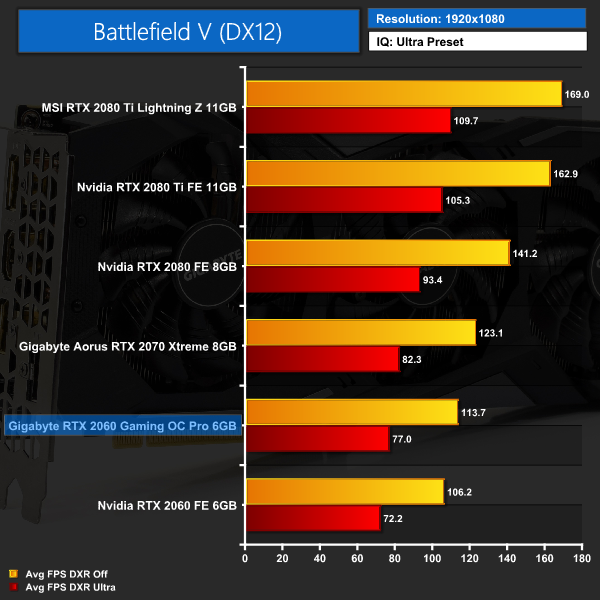 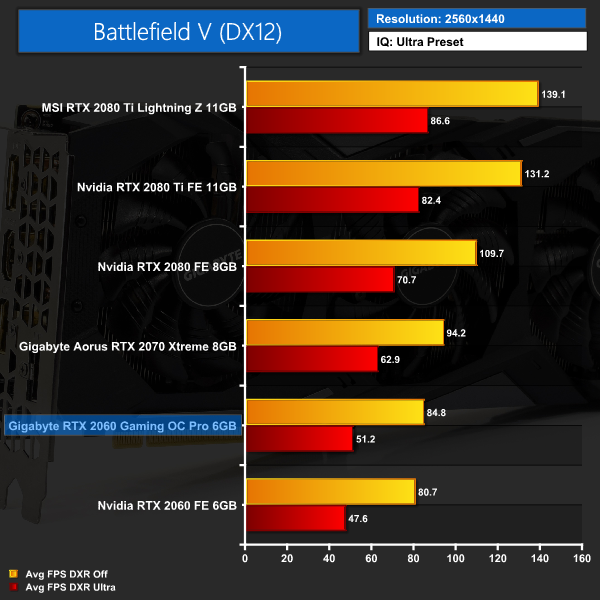 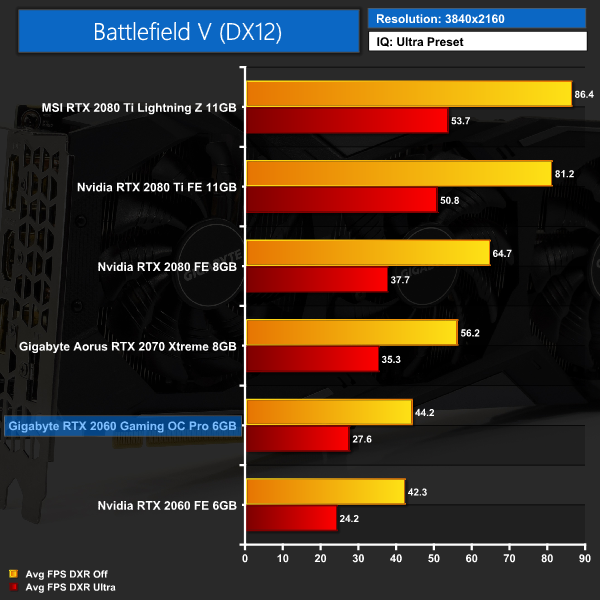 RTX 2060 is a decent card for playing ray traced games at 1080p, as demonstrated by Battlefield V where it averaged 77FPS with DXR set to Ultra. It’s still a big performance penalty compared to DXR off, however – in the region of 35-40% – but you can still get very playable frame rates with ray tracing turned on.