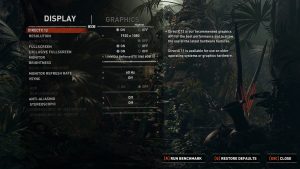 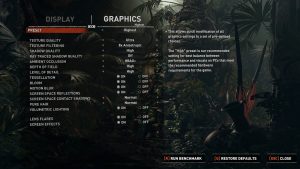 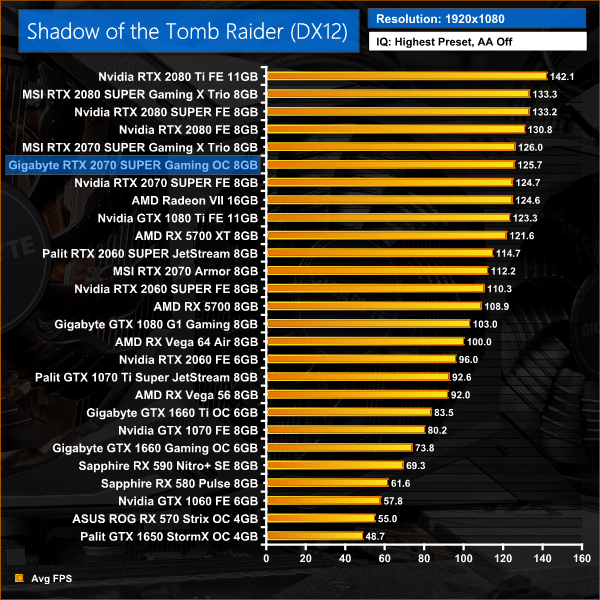 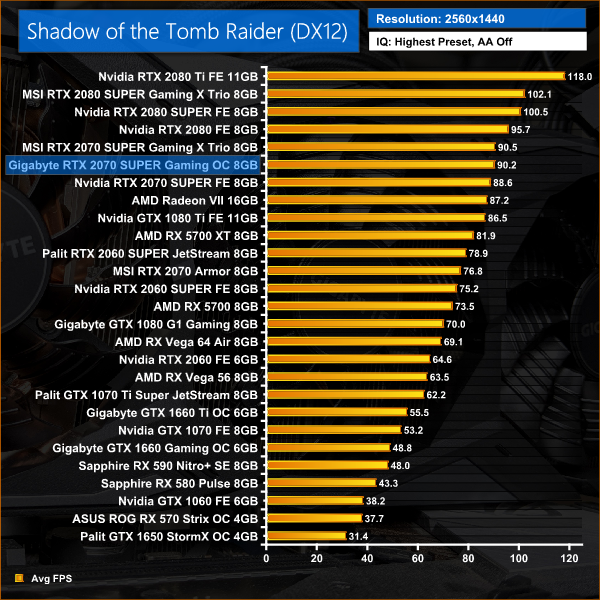 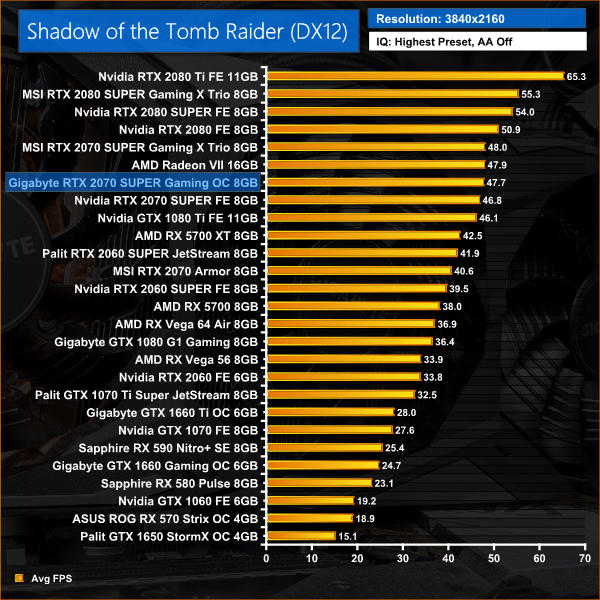 Shadow of the Tomb Raider doesn’t deviate from the now well-established trend we have seen throughout this review – the Gaming OC sits right between both of the other 2070 SUPER cards we have already tested.