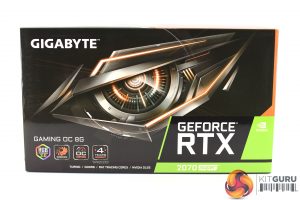 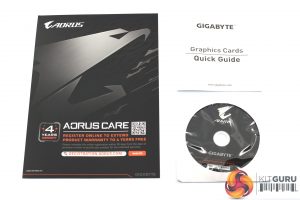 The Gigabyte RTX 2070 SUPER Gaming OC 8GB ships in the same style of box that we have seen from a range of current-gen cards from Gigabyte. That means it does not have an image of the card itself visible from the front, instead this area is taken up by a large robotic eye.

Inside, the included accessories consist of 1x quick start guide, 1x driver disk, and also a separate leaflet that lets you know you can extend the warranty for this card to four years if you register the product online. 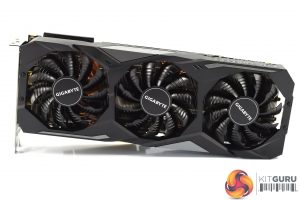 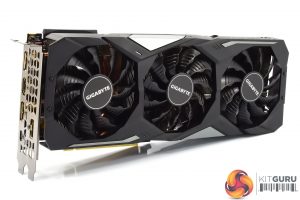 Moving onto the card itself, as we mentioned on the first page, Gigabyte is re-using the design for its 2080 Gaming OC that we saw last year. It obviously makes financial sense for Gigabyte to do this, so I’m not criticising them for it, but it is worth noting that if you were looking for a new shroud design or extra features – you won’t find them here.

What you will find is a matte black plastic shroud, with just a couple of grey accents to add extra interest. Being plastic, the shroud is certainly not as premium as the Founders Edition, but compared to the plastic shroud of the MSI Gaming X Trio model it certainly feels a bit more robust. I also appreciate the stealthy, colour-neutral design as this won’t cause any issues in a colour-coordinated build.

It’s the three fans which draw most of our attention. You can see where the ‘Windforce 3X’ cooler gets its name. Each fan measures 82mm in diameter, but the middle fan actually spins in reverse compared to the outer two fans. Gigabyte says this should reduce air turbulence, thereby improving heat dissipation from the cooler. 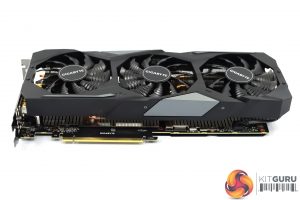 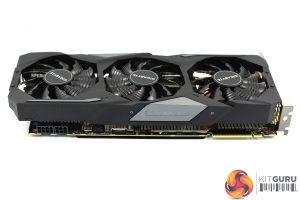 As for the size of the card, it’s certainly not small, but measuring 286.5 x 114.5 x 50.2mm it’s not the biggest card we have seen over the past few weeks either. The thing I noticed most of all is that it’s just under 115mm tall, making it a full inch shorter than the MSI Gaming X Trio. 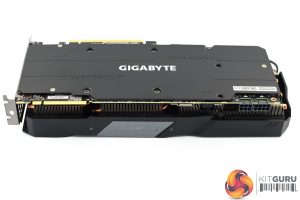 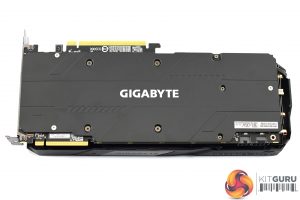 The front side of the card is home to the Gigabyte logo, and this is the only RGB zone on the whole card. It’s pretty simple overall, but that could be a positive or a negative depending on how you feel about RGB!

The backplate is also quite plain, though it is good to see it is made from what appears to be anodised aluminium. It’s plain black apart from a small Gigabyte logo that’s printed in white, right in the middle of the backplate. 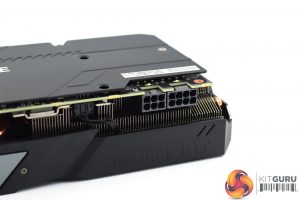 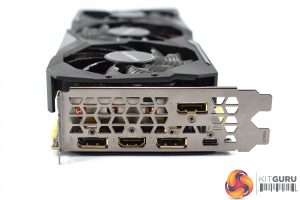 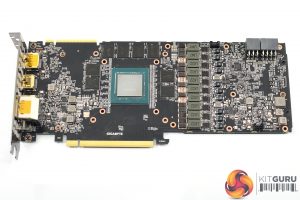 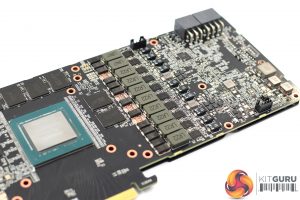 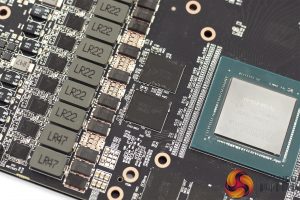 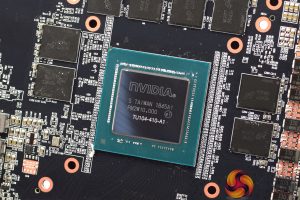 Taking the card apart, we get a good look at the PCB that Gigabyte has used here. As we already mentioned, this PCB is the same as the 2080 Gaming OC model – which itself was a very slightly modified reference PCB. But for all intents and purpose, this can be thought of as a reference PCB, and Gigabyte certainly hasn’t increased the power delivery or made any significant changes. 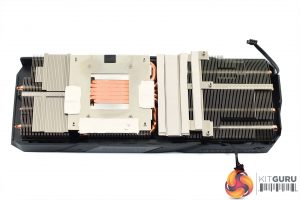 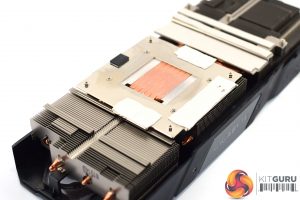 Rounding out our look at the cooler, we can see that the heatsink design is also the same as that 2080 Gaming OC. This means it is comprised of three separate aluminium fin stacks, and these are connected by 6x 6mm copper heatpipes. These make direct contact with the GPU core, but there is also a separate coldplate for the VRAM chips and another for the VRM as well.