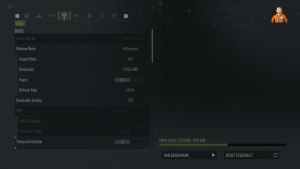 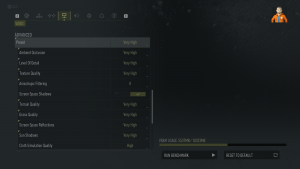 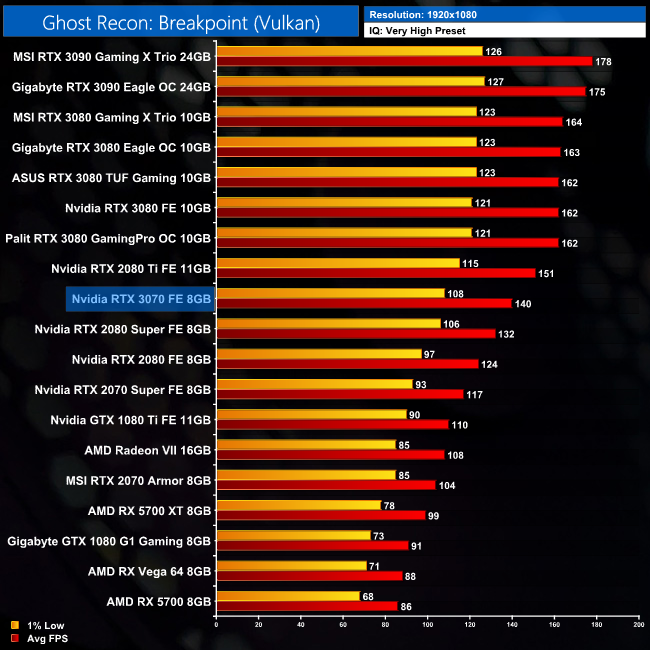 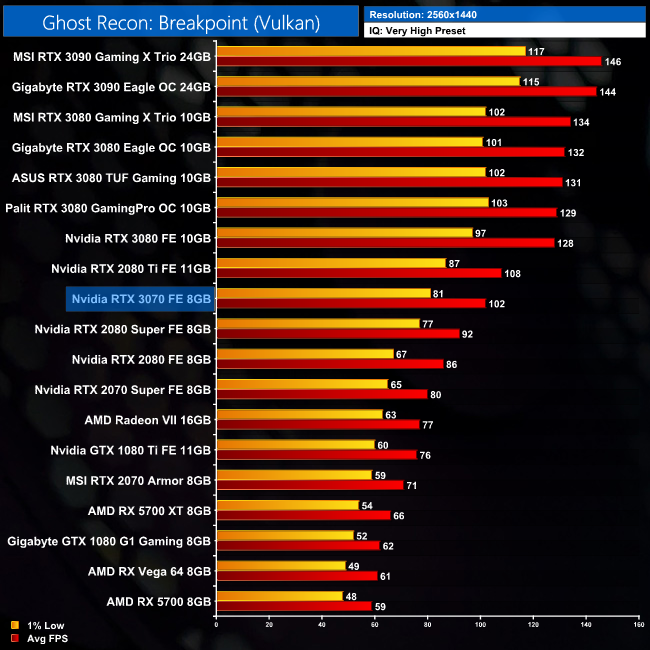 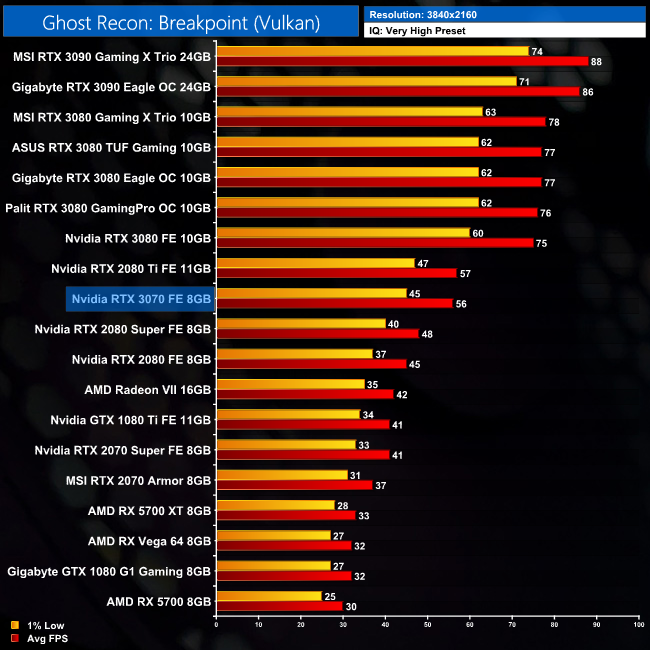 In Ghost Recon: Breakpoint, the relative performance of the 3070 isn’t quite so impressive as Gears 5. It’s still 44% faster than the 2070 when testing at 1440p, but that is one of the smaller improvements we will see today.

At 4K though, that margin does increase to 51% which is a bit more like it. We can also see the 3070 effectively matching the 2080 Ti, as it is just 1FPS slower in terms of its average frame rate.