Here we present frame rate figures for each graphics card, averaged across all 11 games on test today. These figures can disguise significant variations in performance from game to game, but provide a useful overview of the sort of performance you can expect at each resolution tested. 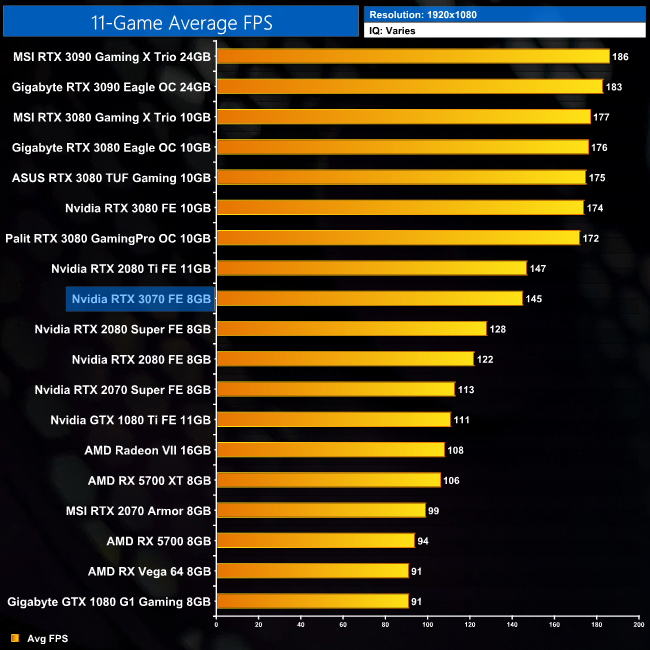 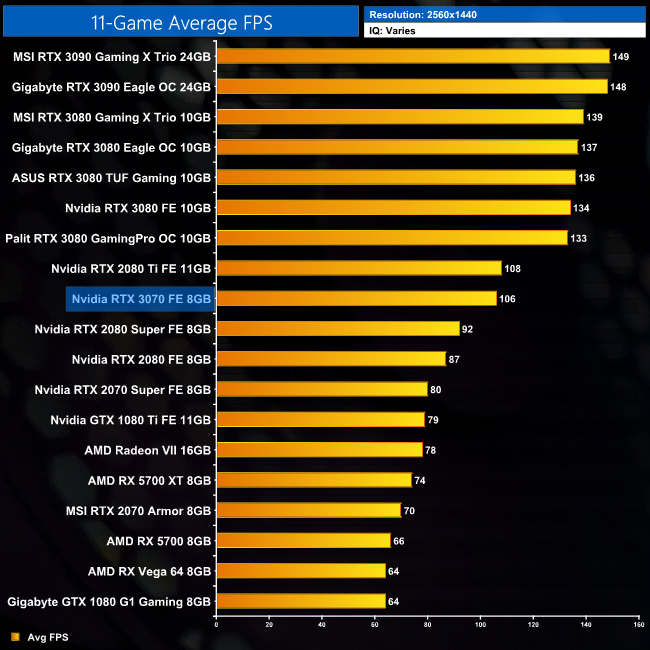 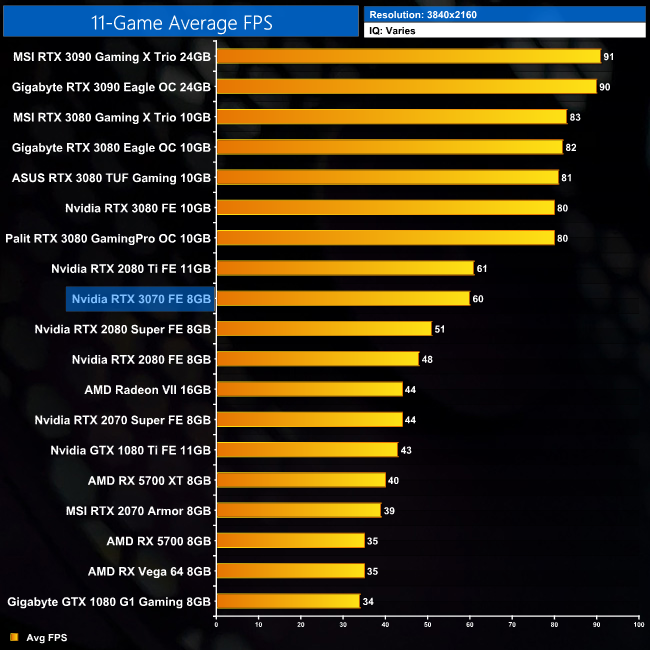 Looking at the overall performance figures, the first trend to discuss is how the 3070 stacks up against the 2080 Ti. As we saw, it wins in some games and loses in others, but taken across the 11 games we tested today, RTX 3070 is 2% slower at 1440p and 4K. That’s close enough where I’d call the performance essentially identical, and do bear in mind we’re comparing the 3070 Founders Edition, which comes at stock clocks, to the 2080 Ti Founders Edition, which is actually factory overclocked.