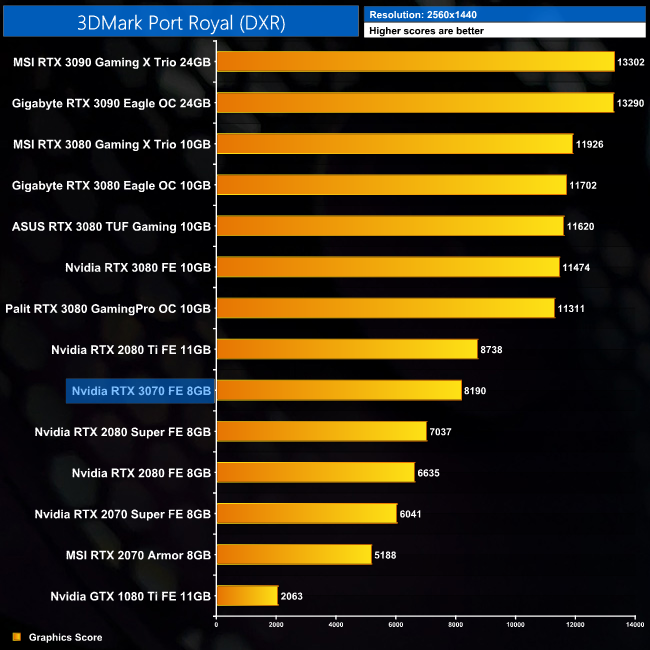 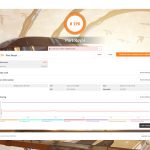 Port Royal is the other 3DMark benchmark we look at, as this tests a GPU’s ray tracing ability. While we look at this later in the review in more detail, here the RTX 3070 falls short of the RTX 2080 Ti by 6%. Compared to the RTX 2070 though, it’s 58% faster in this test.