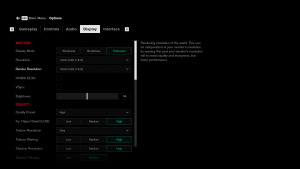 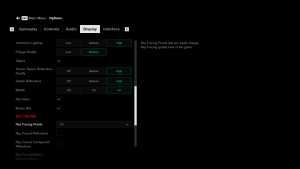 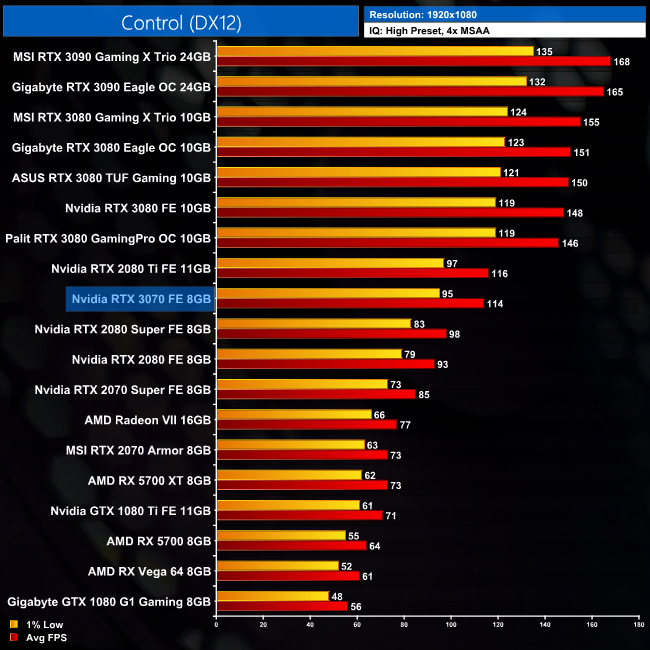 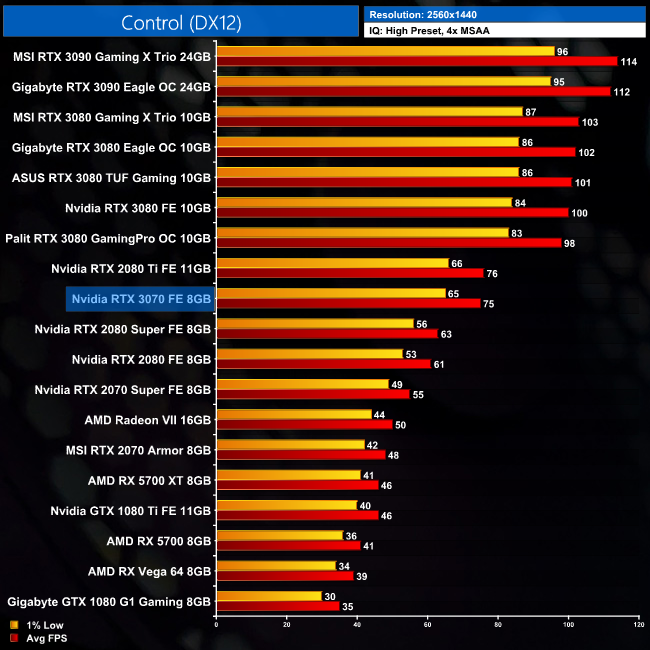 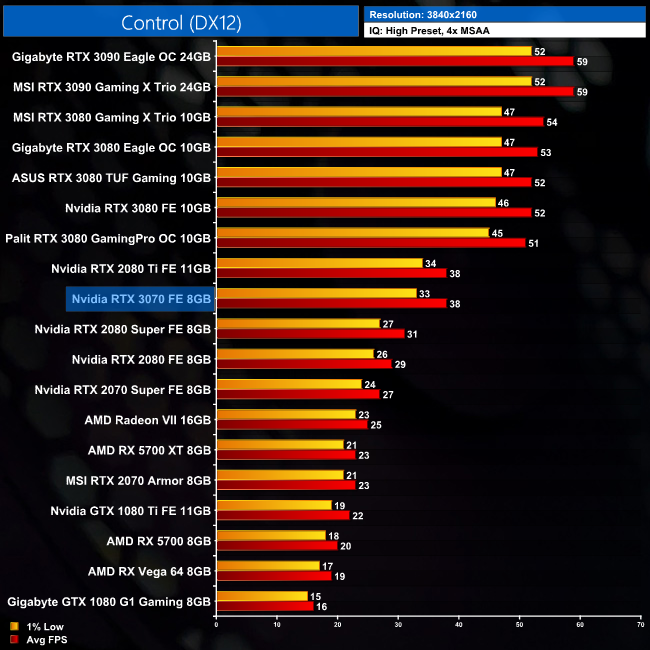 As for 4K, the RTX 3070 holds above 30FPS at all times, so it is certainly playable but not the smoothest of experiences. It is, however, exactly a match for the 2080 Ti at this resolution, and holds a huge 65% lead over the RTX 2070.