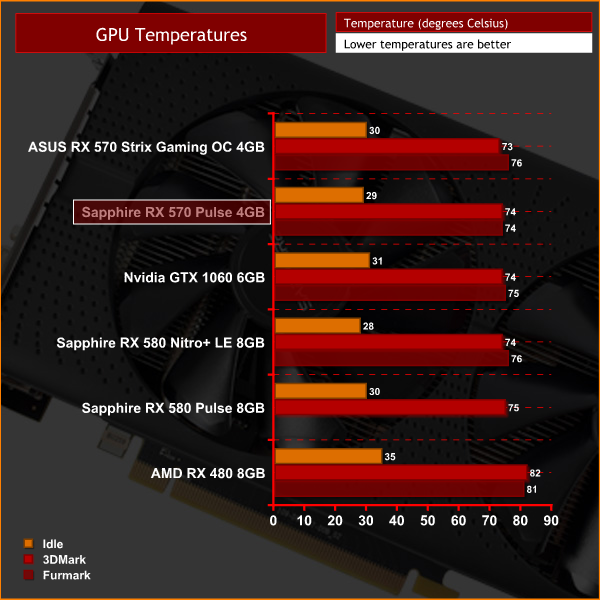 Most of the aftermarket cards all converge at similar temperatures here, as all of the cards on-test have effective cooling solutions. The Pulse RX 570 is no different, and I did not see the core temperature exceed 74C – and that is with a fan speed of 39% or less, so I would call that a success. 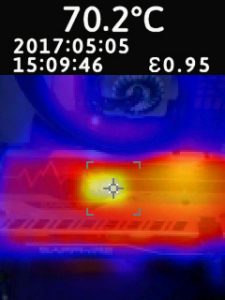 Using our thermal imaging camera, I observed a hotspot behind the GPU core peaking at just over 70C. This is the area where there is a small backplate cut-out, so we are looking right onto the back of the PCB. The rest of the PCB stayed visibly cooler.