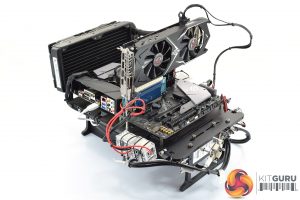 As with previous testing, a reading under load comes from running the 3DMark Fire Strike Ultra stress test 20 times. An idle reading comes after leaving the system on the Windows desktop for 30 minutes. This stress test (20 runs) produces approximately 4000 data entries in the Powenetics software, which we can then export to an Excel file and analyse further. Here we present the average continuous power consumption of each graphics card across the entire 20 run test. 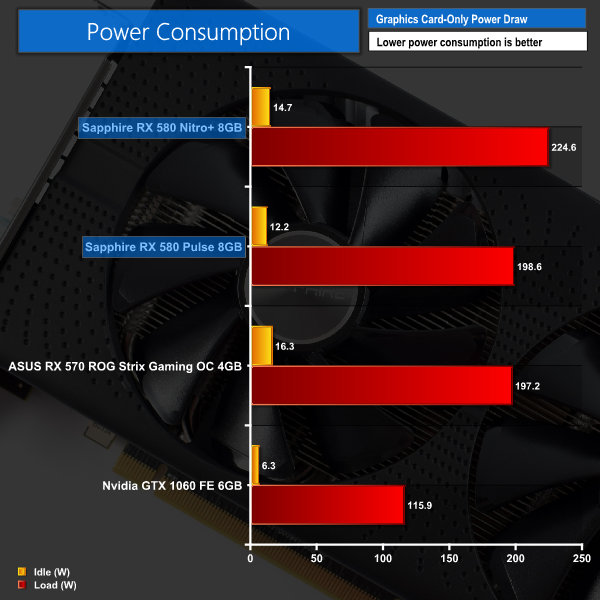 The difference between the two Sapphire RX 580s? Exactly 26W under load. Everyone will prioritise power draw differently, but let’s put that figure into perspective. For instance, I pay 12.86p per kWh to my electricity supplier. Say I game on my PC for three hours a day, all year round – that would mean the Nitro+ costs me £31.65 in electricity. With the Pulse, it would cost me £27.99.

That’s a difference of just £3.66 over a year. Maybe you might be keen to save every penny you can, but chances are if you are buying a £250+ graphics card, this is not going to be a big factor in your decision. Is it worth noting? Absolutely – but the real-world difference is just not significant.