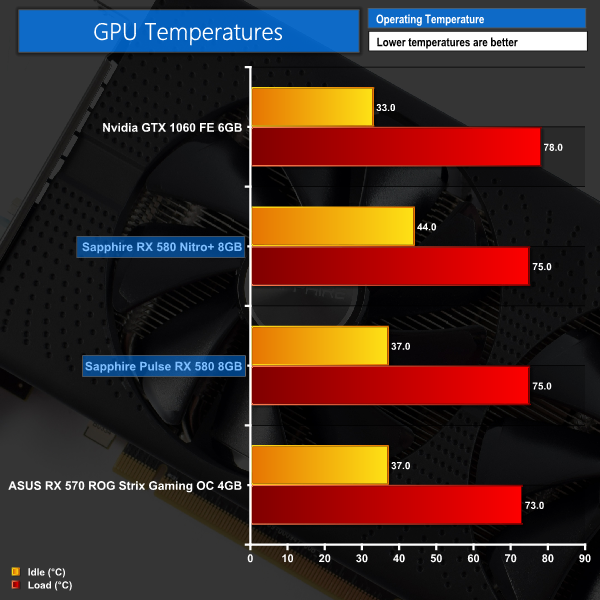 Funnily enough, the GPU core peaked at 75C for both Sapphire RX 580s, with the two cards flitting between 74-75C by the end of the stress test.

Looking at the clock speeds of the cards, the Pulse recorded an average core frequency of 1331MHz during the stress test, while the Nitro+ ran at an average speed of 1348MHz. This shows that while each card would not ultimately get hotter than the other, you do get a higher operating frequency with the Nitro+, despite the core temperature remaining the same. Noise levels are also a factor with this, but we look at that on the next page. 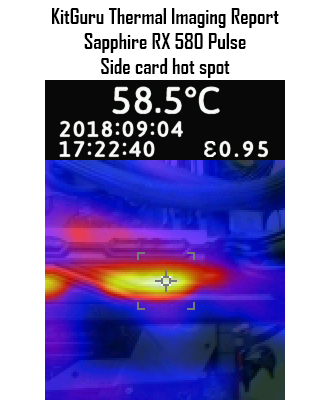 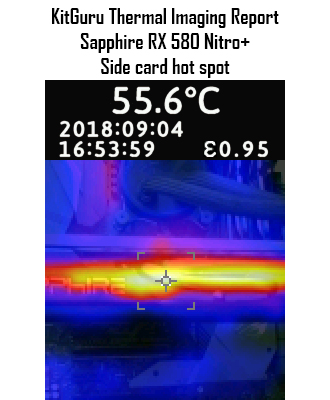 Moving onto the thermal gun testing, both cards got roughly as hot as each other on the front side. This is where the Nitro+ has its exposed heatpipes, so it looks like it has a higher concentration of heat compared to the Pulse – but in actual fact, its peak here was lower than that of the Pulse card, by almost 3C. 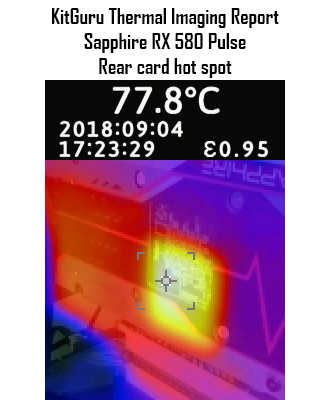 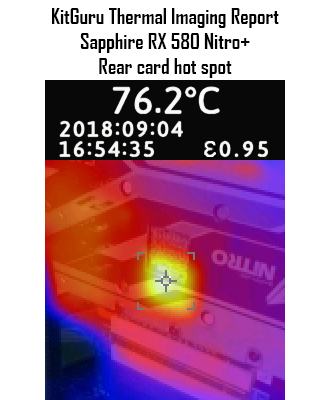 On the rear of each of the cards, the hot spot is unsurprisingly directly behind the GPU core. Both cards have a cut-out in the backplate here, and you can clearly see the peak zone in the thermal images. It is worth noting, however, that the hot spot on the Pulse card is noticeably larger – purely because it has a larger cut-out in its backplate.

The Pulse did peak 1.6C hotter than the Nitro+, but the difference is inconsequential – neither result is even close to the danger zone. Compared to the ASRock RX 580 Phantom Gaming X, which peaked at 90.4C due to its lack of a backplate, both results are impressive and should not be a cause for concern.