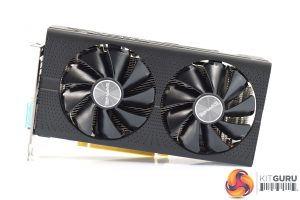 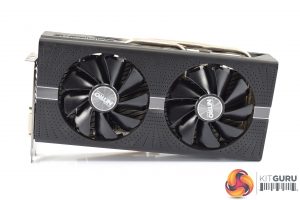 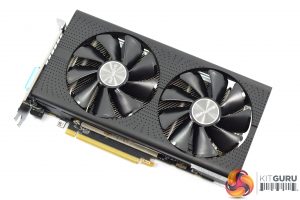 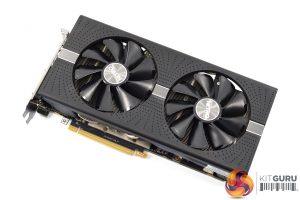 Getting our first look at the two cards’ respective design, it is safe to say they both look very similar on first impressions. Both have matte black shrouds made from plastic, and both have the same ‘dimpled’ look with lots of small circles dotted over the shroud.

The primary difference in terms of styling, is that the Nitro+ has a small grey/silver strip that runs through the middle of its shroud – the Pulse is lacking this extra bit of style. Both sets of fans, however, measure 95mm.

It is worth noting while we are here, though, that the Nitro+ is a bigger card. It measures 260 X 135 X 43mm, whereas the Pulse card measures 230 X 125 X 40mm – so it is both shorter and slightly thinner. This is definitely a factor for those with smaller systems – if you are putting together a new HTPC in an ITX chassis, for instance, you will want to consider how large a card will fit in your enclosure. 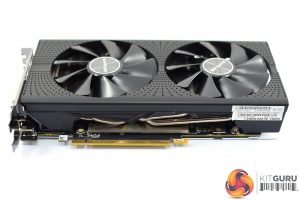 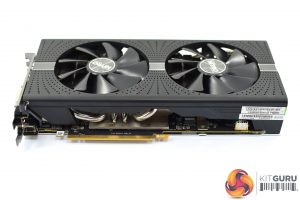 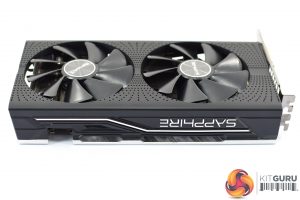 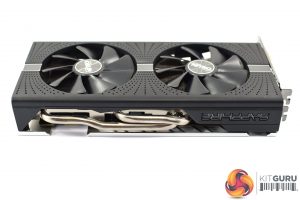 Moving on to get a look at the sides of each card, you will notice here that the heatpipes have a slightly different design from card to card. On the Nitro+, for instance, they are much more exposed – whereas the Pulse has an extended plastic shroud which covers more of its heatpipes. We will get a closer look at the cooling setups below. 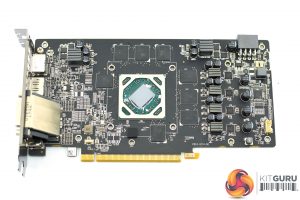 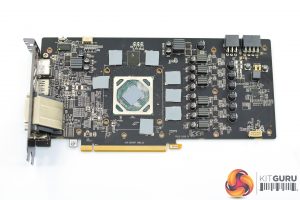 Once the coolers are removed from the cards, we can examine the PCBs. The primary thing to note here is the slightly different power phase design – the Pulse card sports a 4+2 design, compared to the 6+2 design of the Nitro+. The Nitro+, as mentioned, also has a dual-BIOS setup which the Pulse card lacks.

You will remember we mentioned on the previous page that the Nitro+ supposedly features ‘Robust VRM cooling’ which the Pulse lacks. As far as I can tell, this is just marketing – both cards feature the same small heatsinks atop the VRM’s inductors which will help dissipate heat. 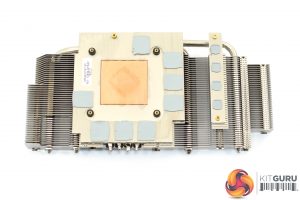 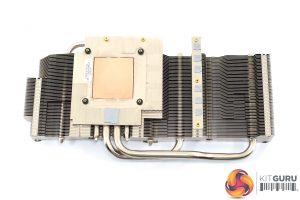 Cooling solutions are similar, but not quite identical. The Pulse heatsink utilises 4x 6mm nickel-plated heatpipes, whereas the Nitro+ card uses 2x 6mm and 2x 8mm heatpipes. Each also has the necessary thermal pads for the VRAM chips and MOSFETs, although the VRAM pads appear to be missing from the Nitro+ heatsink as they stuck to the VRAM chips themselves. 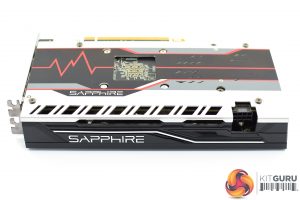 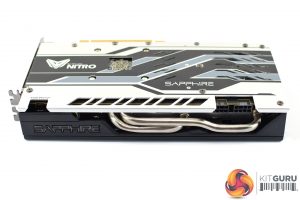 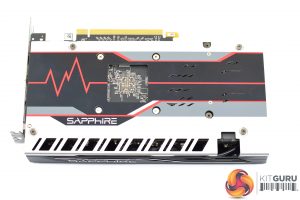 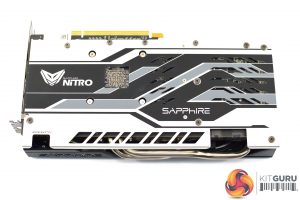 Stylistically, the cards diverge most when it comes to the backplate design. The Pulse sports an EKG graph (hence the pulse name) in red, set on a black section, with grey and silver areas as well. Personally I find it quite stylish, but compared to the monochrome backplate of the Nitro+, the Pulse is much more likely to clash with your system’s colour scheme – definitely something to consider. 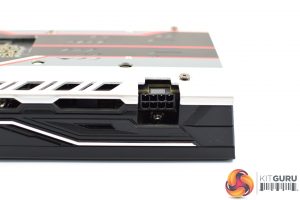 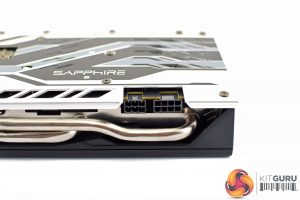 As you might have been able to tell from some of the other images above, the Pulse only requires a single 8-pin PCIe power connector, whereas the Nitro+ requires 1x 8-pin and 1x 6-pin. Sapphire lists the power consumption as <225W for the Pulse, and <235W for the Nitro+ – the 10W difference because of the Nitro+’s higher clock speed. We will of course test this for ourselves later in the article. 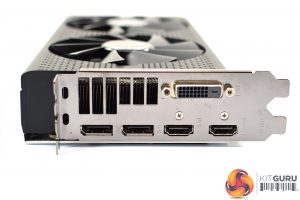 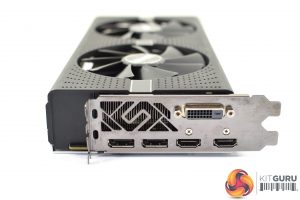