This article has not been a review as such – we know how RX 580s perform. The GPU is, after all, over a year old now. Instead, we have been comparing two RX 580 cards from Sapphire – the Pulse and the Nitro+.

Looking first at the design of the two cards, they do look quite similar with the same matte black shroud and 95mm fans. The Pulse sports a more colourful backplate, though, which may not appeal to everybody, while the monochrome backplate on the Nitro+ is perhaps less offensive.

It is definitely worth touching on the size of the two cards as well, as the Pulse is a fair bit smaller at 230 X 125 X 40mm. The Nitro+ measures 260 X 135 X 43mm. Depending on your use-case for the graphics card this could play a big part in your decision – if you have a roomy, ATX desktop to fill then the Nitro+ is likely to be your choice. If, however, you are putting together a compact HTPC for the living room, the Pulse will probably be the better option. 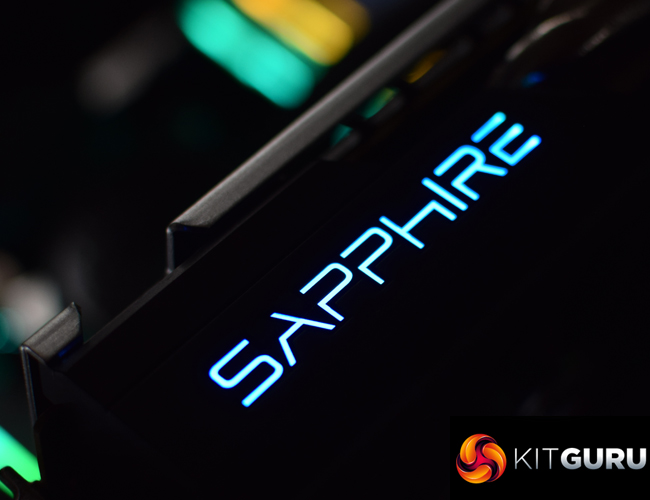 When it comes to performance, there is very little to split the cards – the only difference in their specification is that the Nitro+ is clocked at 1411MHz, compared to 1366MHz for the Pulse. In our real-world testing, this meant the Nitro+ did edge ahead in games – but only just. The biggest gap between the two cards was just 2.4 FPS playing Middle-Earth: Shadow of War.

Rather strangely, that means performance is probably the last thing to think of when it comes to choosing between the two – not something we often say when giving buying advice for a graphics card!

Instead, thermals and noise levels are probably going to make more of a difference to you on a day-to-day basis. In that regard, we have to say the Nitro+ did fantastically well. Not only does it run slightly faster than the Pulse, but it does so with significantly lower fan speeds – and thus noticeably lower noise levels. On top of that, its core temperature only peaked at 75C.

This is actually the same peak temperature that the Pulse hit, but it was noisier and couldn’t run its core frequency as high while doing so. Both cards do employ a ‘fan stop’ mode, where the fans just turn off under light loads, but if you want a quieter gaming experience, the Nitro+ is the way to go.

Power consumption is also worth touching on, but only to say that the real-world difference between the two cards is negligible. This is because, despite the Nitro+ pulling 26W more under load, the cost of this over the course of a year is barely £3 – not enough to make a difference in your purchasing decision.

Lastly, can overclocking sway the contest one way or the other? Well, we were able to add +74MHz to the Pulse, but only +44MHz to the Nitro+. This still resulted in the Nitro+ being faster, but at this point the performance gaps were so marginal they became irrelevant. RX 580s don’t tend to overclock that well in the first place, so I wouldn’t think buying one or the other for any supposed overclocking potential would be the best idea.

So, in sum – what have we learned? The Nitro+ is the faster card, but only just. It does, however, run quieter – but also draws more power. The Pulse, on the other hand, is definitely noisier – but it is also significantly smaller and costs less money.

So while we ultimately can’t make the buying decision for you, hopefully now you have all the information you need to make an informed choice. If it were me, I would go for the Nitro+, but only because I have the space for a larger card. Depending on your priorities, there are pros and cons for each model.

KitGuru says: Both the Sapphire Pulse and Nitro+ RX 580s have their use-cases – the Nitro+ is faster out of the box and also quieter, but the Pulse will appeal thanks to its diminutive size and lower price tag.

NZXT has released some fantastic PC cases over the years and today, we are welcoming …