In Thief 2014 Players control Garrett, a master thief, as he intends to steal from the rich. Similar to previous games in the series, players must use stealth in order to overcome challenges, while violence is left as a minimally effective last resort. 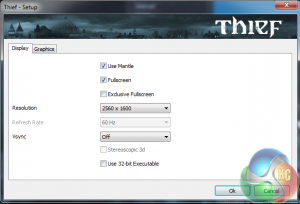 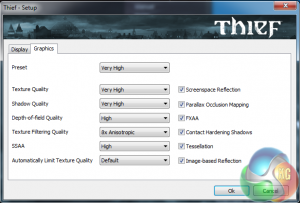 We test at 1600p, both with Direct X rendering (Nvidia and AMD) and Mantle rendering (AMD only). 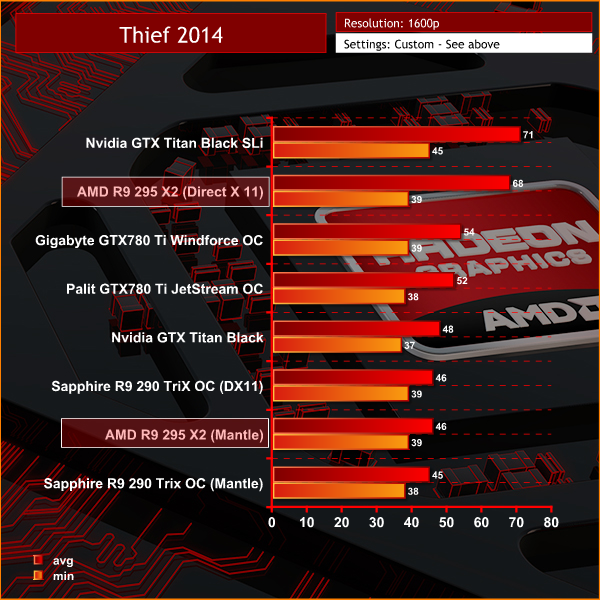 CPU limiting is less prevalent at 1600p and we can see the R9 295 X2 and Titan Black cards in SLi have a clear performance edge. As we mentioned on the last page, Mantle rendering is not yet optimised for Crossfire.