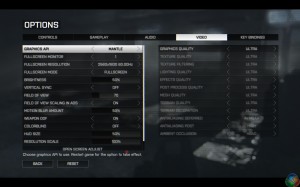 We test at 2560×1600 with the image quality settings on the ‘ULTRA’ preset. We test the AMD hardware with both Direct X and AMD’s Mantle rendering. Nvidia hardware is tested with Direct X rendering. 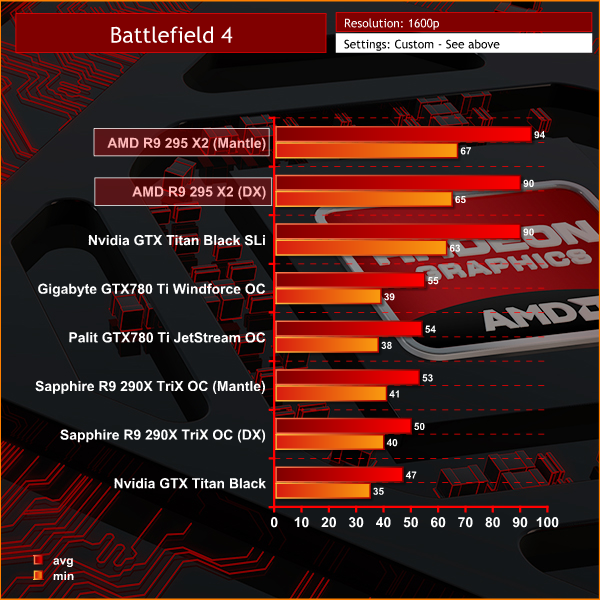