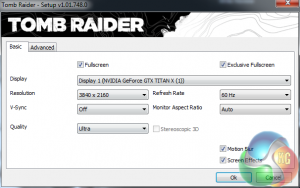 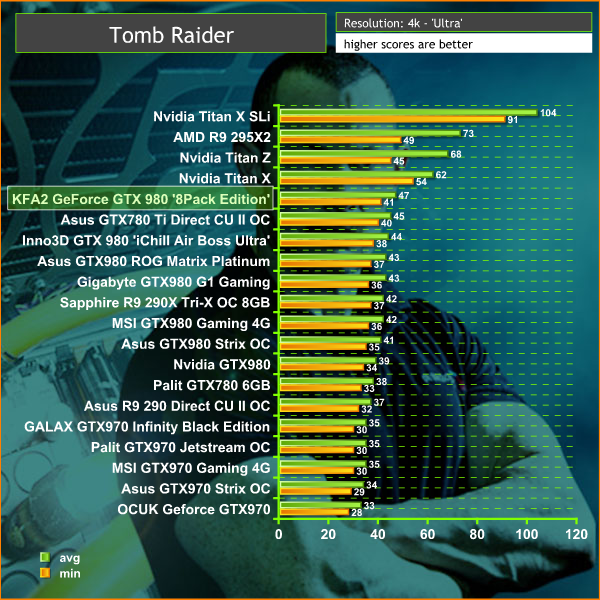 Ultra HD 4K is more demanding, although the single KFA2 GeForce GTX 980 ‘8Pack Edition’ is able to hold a frame rate in the 40’s at all times. Two Titan X’s are needed for 60fps+ at these image quality settings, at 4k. Expensive!