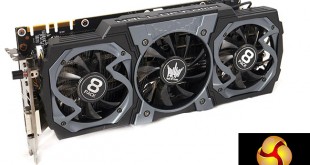 Nvidia’s GTX980 has been one of their greatest success stories in the last decade. While we have reviewed almost every partner board available, today we look at something very special – the new KFA2 GeForce GTX980 ‘8Pack Edition’. Overclockers UK resident overclocking world champion Ian ‘8Pack’ Parry has been working with the company to produce one of the world’s fastest air cooled cards. This solution is not only shipped at very high overclocked speeds, but it has been the recipient of uprated Capacitors and VRM components. 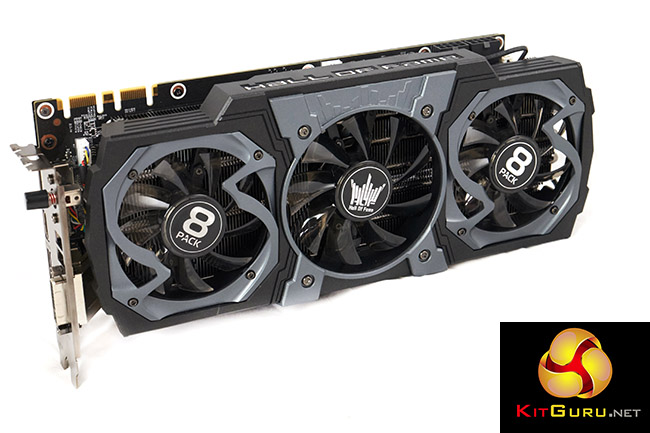 Nvidia’s Maxwell architecture has been dominating the graphics sector for the last year. The GTX750ti was a warning shot across the bow for AMD – a super efficient GPU with more powerful siblings waiting in the wings. Some time later, the GTX970 and GTX980 hit market without an answer. AMD’s power consumption is still a concern and until their next generation of cards hit later this year Nvidia have been able to run amok in the high end.

The KFA2 Geforce GTX980 ‘8Pack Edition’ has received a mighty impressive core clock enhancement to 1,304mhz – from 1,126mhz on the reference design (boost speed 1418mhz). The GDDR5 memory is running at the default 1,753mhz speeds (7Gbps effective) but we believe there will be huge potential for overclocking, later in the review.