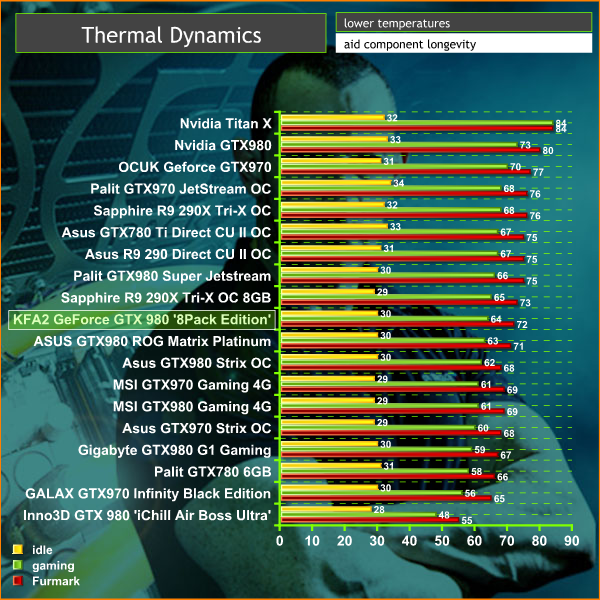 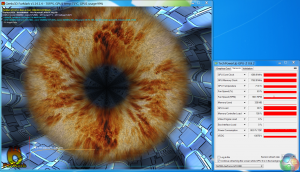 Idle temperatures are very impressive. Under load the card hits 72c after a short while. The GPU is using Nvidia’s GPU Boost 2.0 which dynamically adjusts clock speed and voltage settings, factoring in temperatures.

Details on the test is shown below. 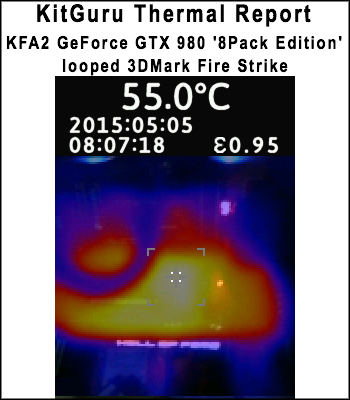 Above, a traditional heatmap analysis. With a backplate on the PCB the card spreads the heat out evenly. A large portion of the PCB heats up to around 50c, with ‘hotspots’ hitting around 55c. Superb results.