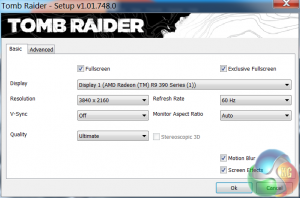 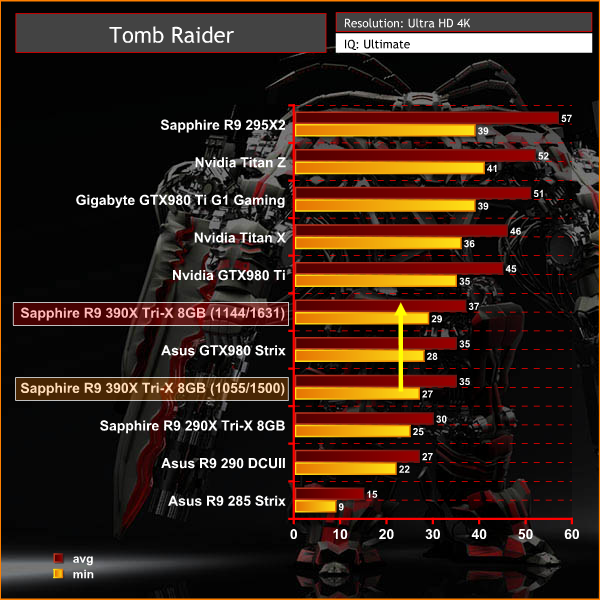 Out of the box, the game is borderline playable at Ultra HD 4K, although many gamers would not be happy with frame rates under 30. A few settings would need to be dialed down to improve the minimum frame rate. The GTX980 does not deliver playable frame rates at these settings or resolution either.