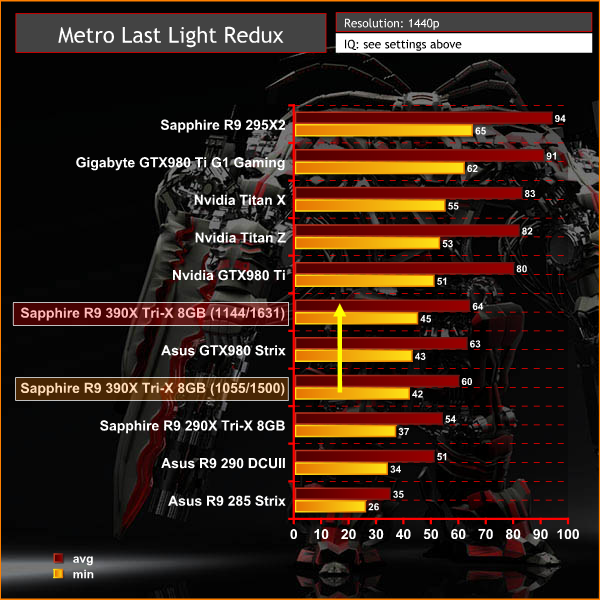 A great gaming experience at 1440p, averaging 60 frames per second at the out of the box settings. The GTX980 is a little faster, until the R9 390X is overclocked to the limit.