For this test, we only compared the Gigabyte setup to the Armari Magnetar S32-RD1000G2, as it was using the same AMD Radeon Pro WX 9100 graphics. 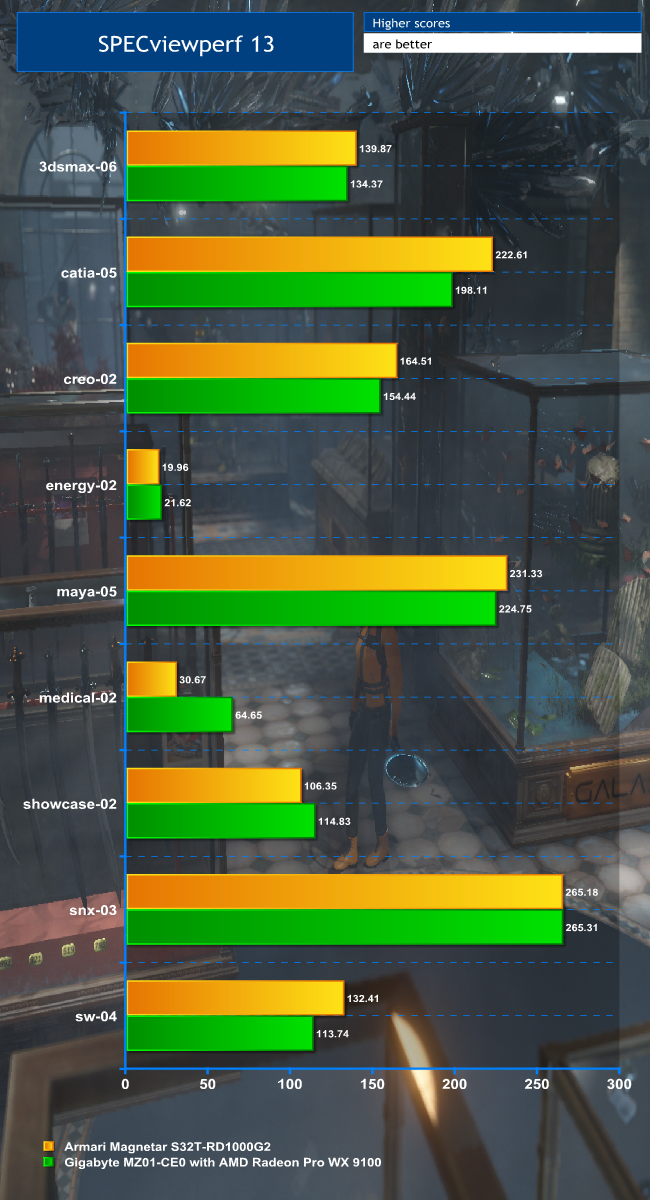 The Gigabyte MZ01-CE0 and AMD Radeon Pro WX 9100 combination is a little behind the Armari Magnetar S32T-RD1000G2 in most viewsets, although the more recent drivers in the MZ01-CE0 have shown improvements in medical-02 and showcase-02. The sw-04 SolidWorks viewset is quite sensitive to clock speed, so the EPYC 7551P is holding back the WX 9100 graphics a little here.

Clearly, the EPYC is not the best workstation platform if you’re primarily focused on modelling, but it’s also not that far behind its workstation-focused Threadripper sibling. 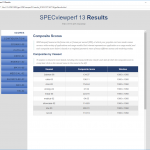