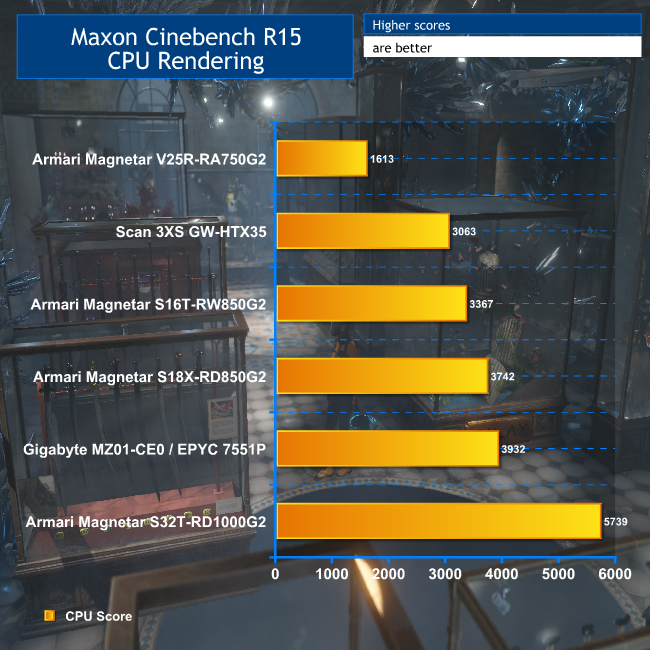 Although the EPYC 7551P has the same number of cores as the Threadripper 2990WX in the Armari Magnetar S32T-RD1000G2, they are running at 2.55GHz with the EPYC, and at 4GHz with the (overclocked) 2990WX. This has a clear effect on performance, with a 32 per cent deficit compared to the 2990WX. 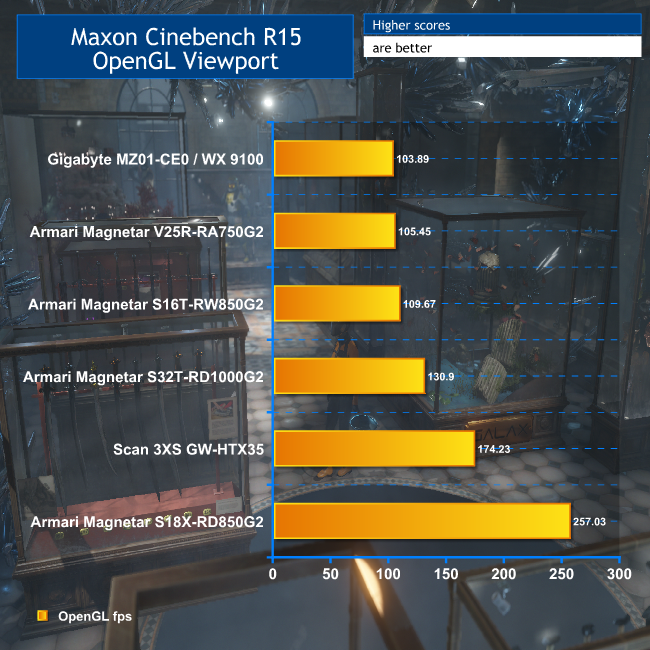 The Open GL result is even more disappointing, because this test is very clock-speed sensitive. Because the EPYC 7551P has a maximum single-core frequency of just 3GHz, this holds back the AMD Radeon Pro WX 9100 graphics considerably. 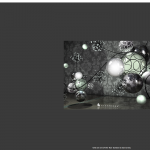