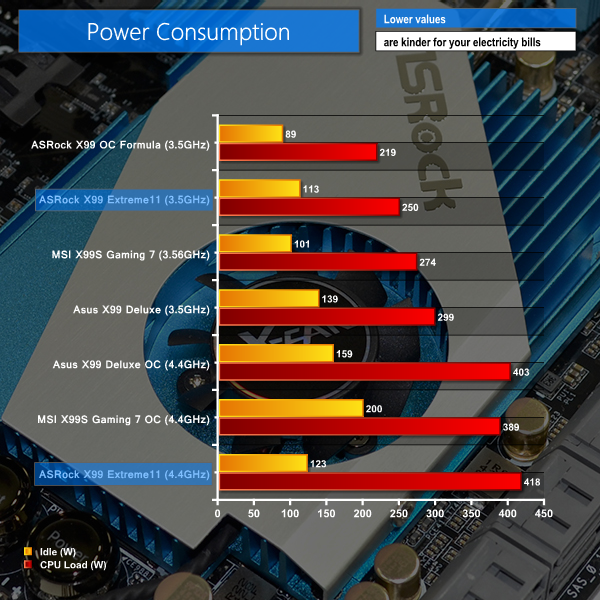 ASRock's chosen PWM controller dynamically adjusts the CPU VCore to great effect when the system is under low load. Even with its array of add-on controllers, idle power consumption for the X99 Extreme11 remains at a worry-free level and below that of Asus' X99 Deluxe.

Pumping a load through the processor is when the twelve phase CPU power delivery system is able to show its performance. Under stock conditions, the X99 Extreme11 displays the second-lowest load power consumption numbers, behind the related X99 OC Formula.