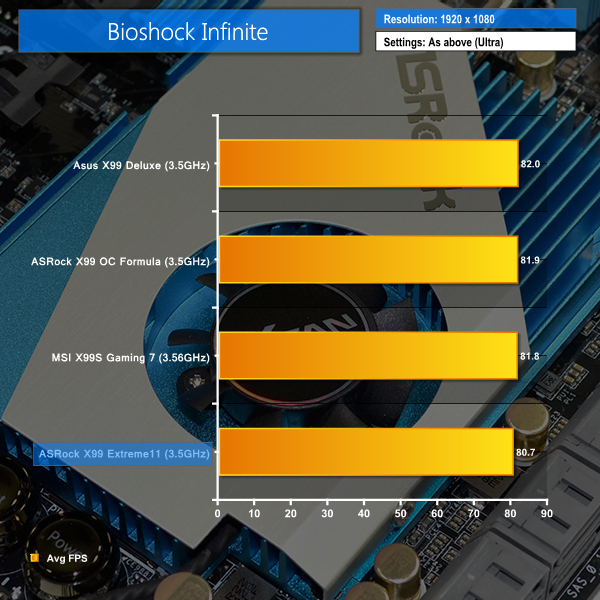 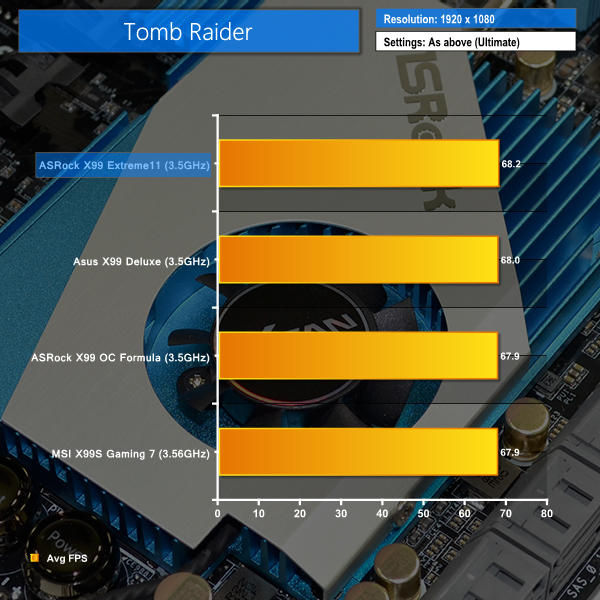 We must first point out that we were forced to update to the Catalyst 14.9 drivers prior to testing ASRock's X99 Extreme11. All other motherboards used the 14.4 drivers, which may offer slightly different performance levels.

Despite its latency-inducing PLX switch, the ASRock X99 Extreme11 manages a strong set of gaming results. That said, the biggest frame rate difference between the competing pack is just 1.3 FPS, in Bioshock Infinite.