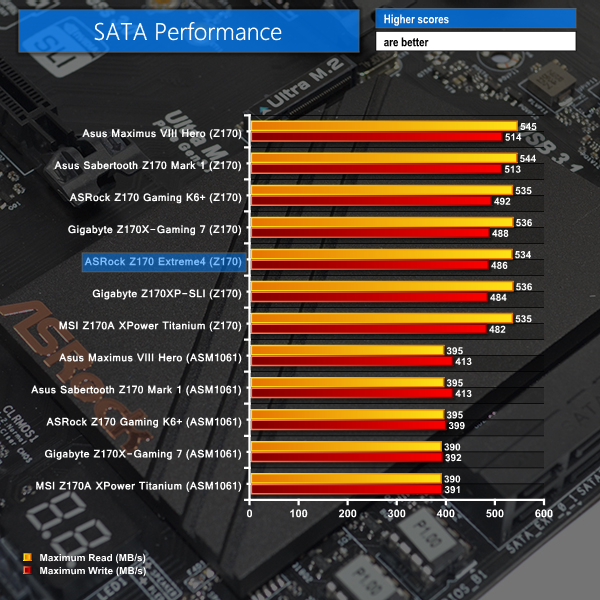 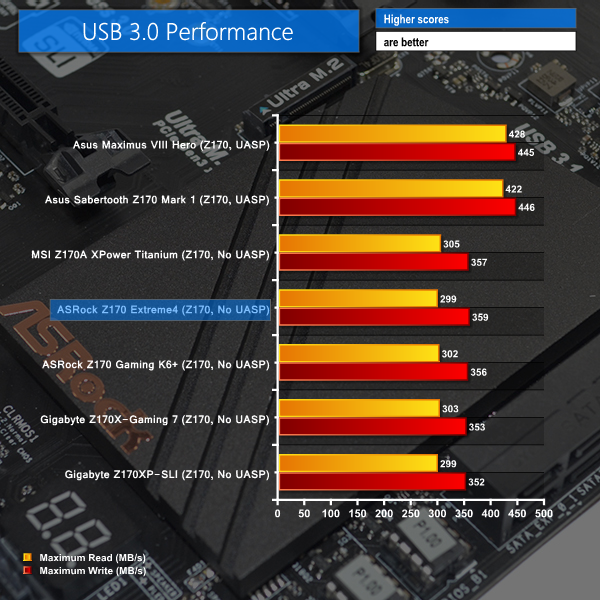 USB 3.0 performance for the Z170 Extreme4 is strong, given the lack of a UASP-activating program for Windows 7 users. Windows 8.1 and 10 users can expect higher transfer rates thanks to the UASP drivers included within those operating systems.

General audio performance is ‘Very Good‘ according to RMAA. Noise level and dynamic range of the audio system are particular strengths. 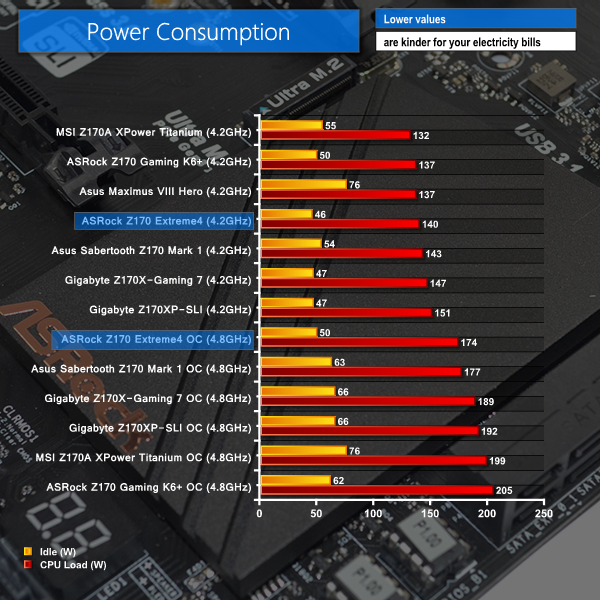