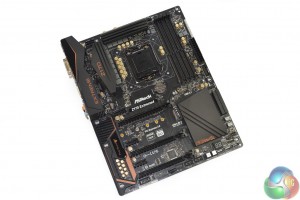 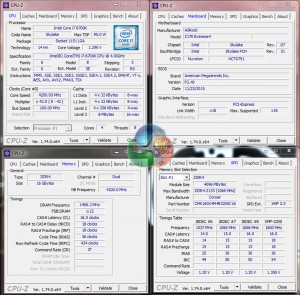 The ASRock Z170 Extreme4 motherboard allows users to manually apply multi-core turbo (MCT) and force the 6700K to a constant 4.2GHz, however this setting is not automatically applied when XMP is enabled (as many other boards will do). This setting can be easily enabled through the UEFI in order to provide enhanced performance, or it can be disabled to reduce power consumption and CPU temperatures. We apply MCT for the ‘stock’ testing.

Unfortunately, due to previously mentioned issues with ASRock’s BIOS profile, we were unable to achieve system stability with our 3200MHz Corsair Vengeance LPX DDR4 kit set to its XMP frequency. Instead, we had to reduce the DRAM frequency to 2933MHz in order to maintain testing stability. This is likely to have a small impact on the motherboard’s performance.