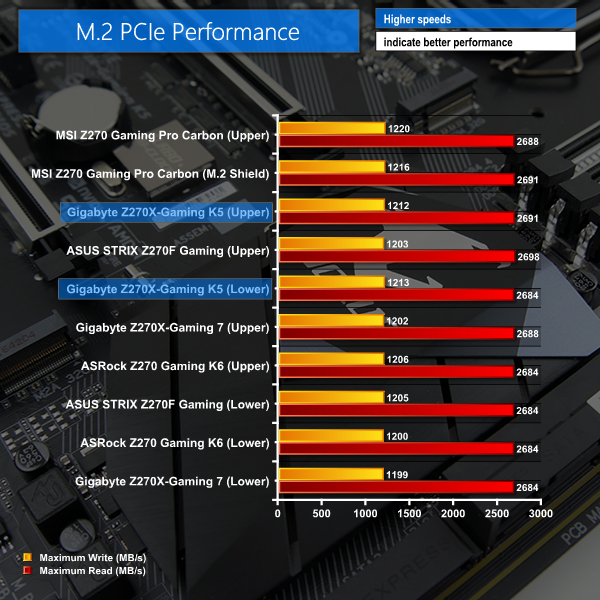 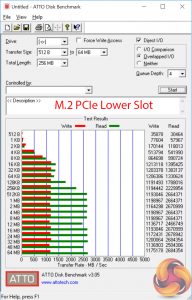 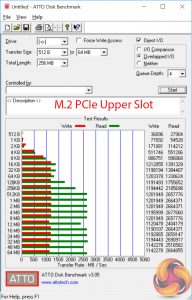 We didn’t observe any major thermal throttling for our OCZ RD400 test SSD although there is a sign for the potential onset of throttling at the 12MB and 48MB test points. A more sustained heavy write operation would likely push the SSD into a thermal throttling situation due to the lack of cooling measures provided by Gigabyte. 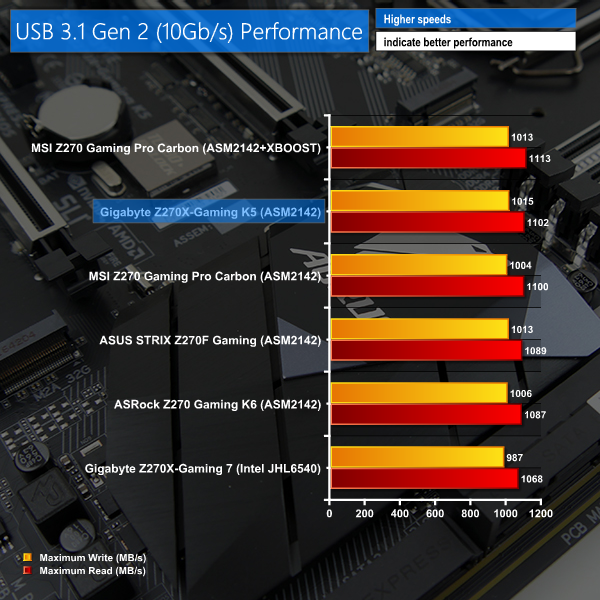 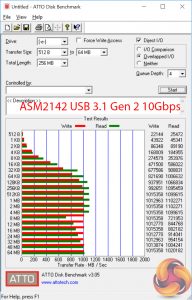 USB 3.1 performance from the ASMedia ASM2142 chipset is very strong. The more cost-effective solution actually outpaces the Intel alternative on Gigabyte’s higher-end Z270X-Gaming 7 but the latter is fed with greater bandwidth that would see it pulling ahead if two USB 3.1 devices are transferring data simultaneously. 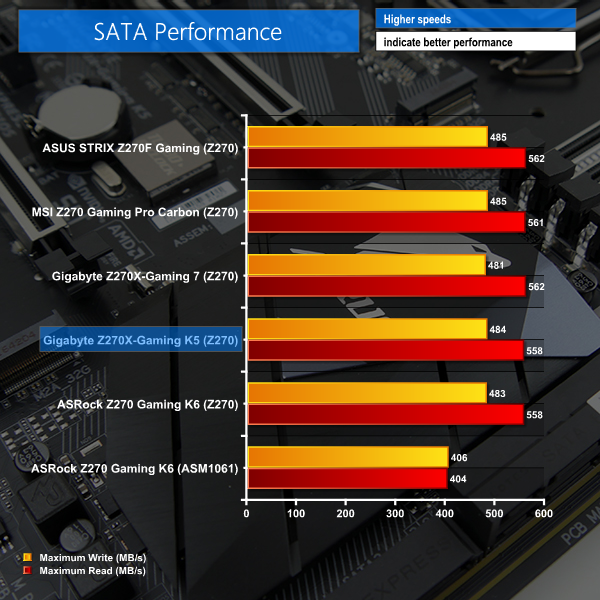 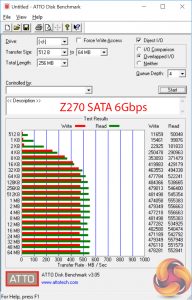 SATA performance is where one would expect for Z270-based ports. 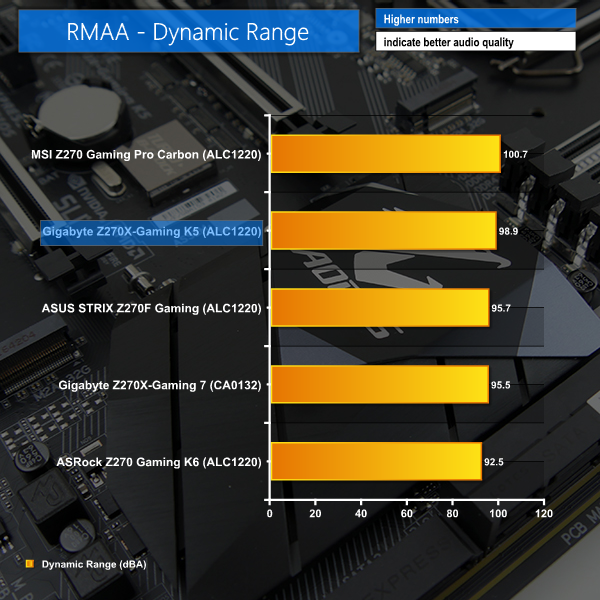 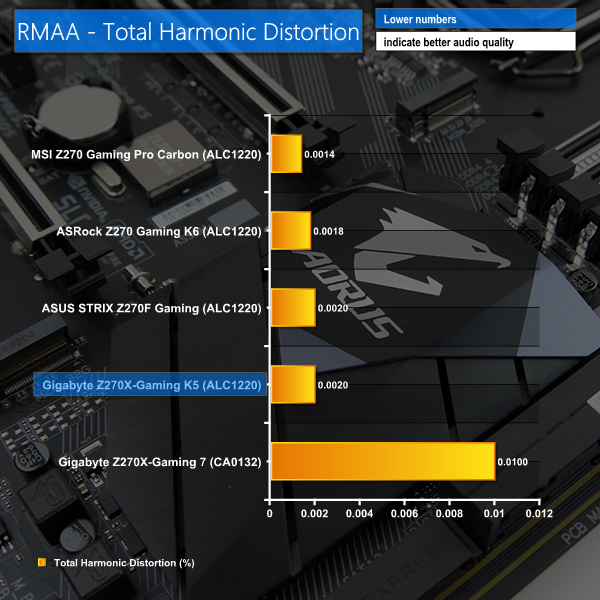 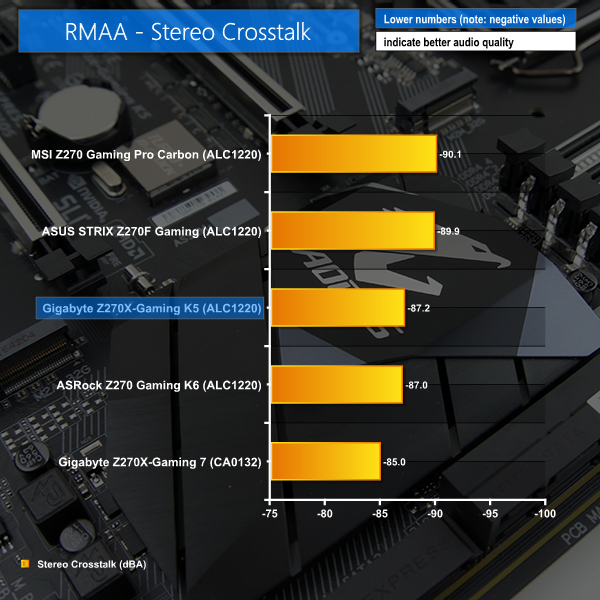 Audio performance from the Realtek ALC1220 solution is good but not chart-topping. MSI has the lead in this regard but Gigabyte’s Gaming K5 puts in a solid show and is rated as Very Good overall by RMAA.