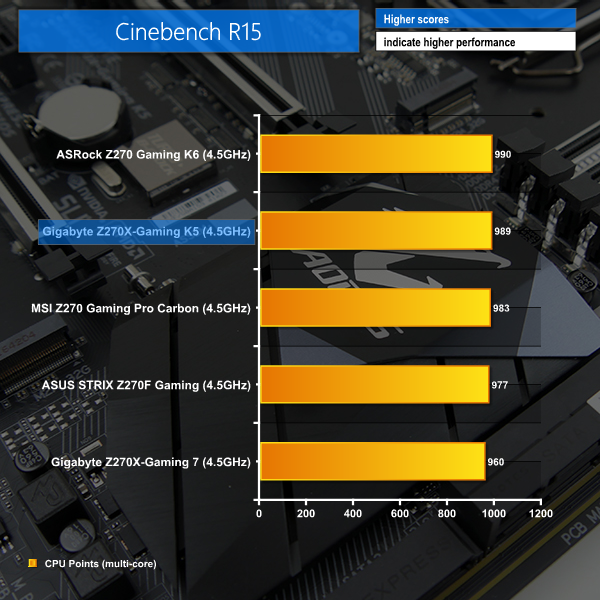 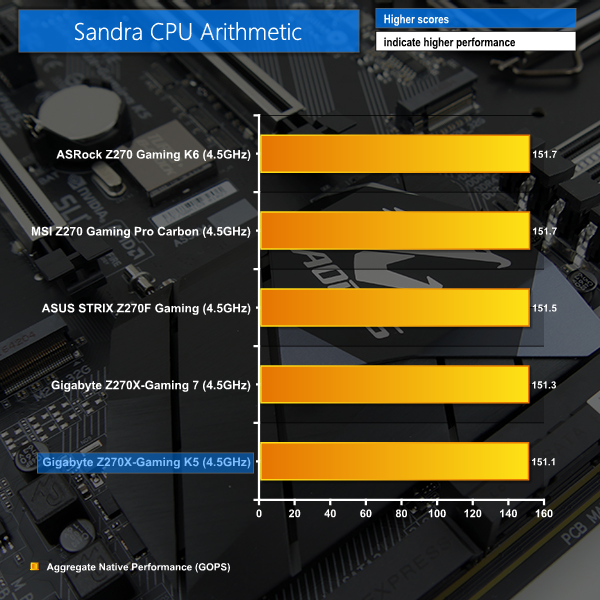 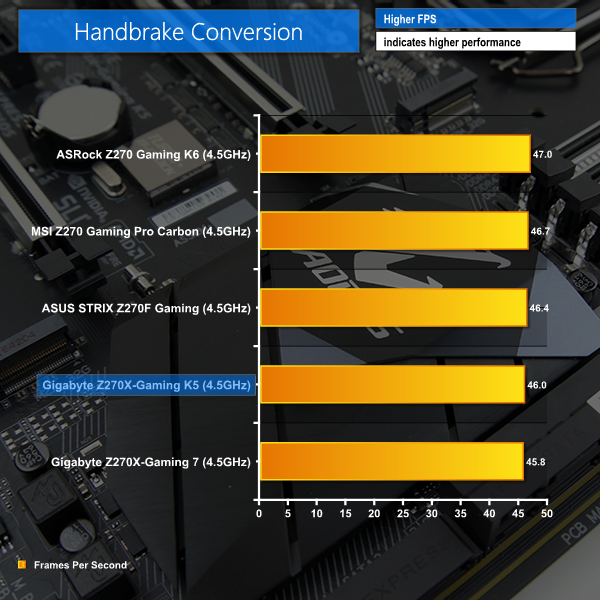 CPU performance from the Z270X-Gaming K5 does not highlight any cause for concern. Cinebench scores highly while the Handbrake and Sandra processor arithmetic numbers position the Aorus board closer to the chart’s bottom. But the differences between each board are very minor.