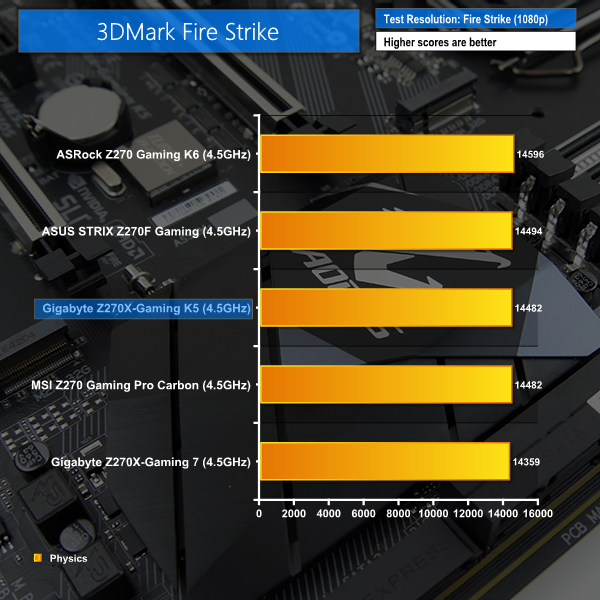 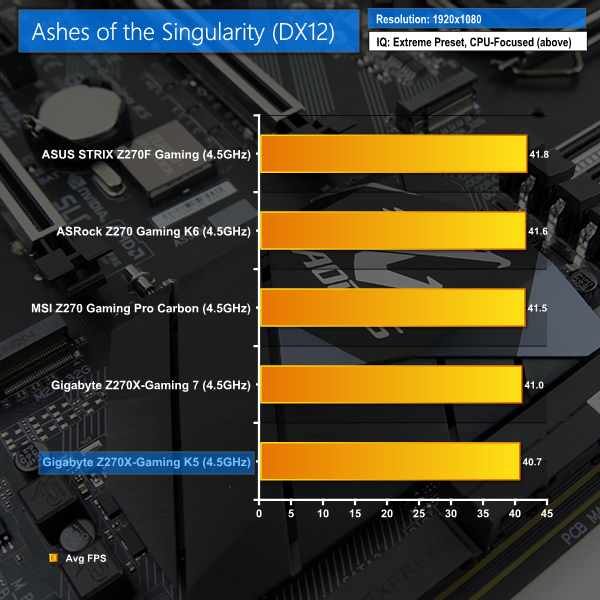 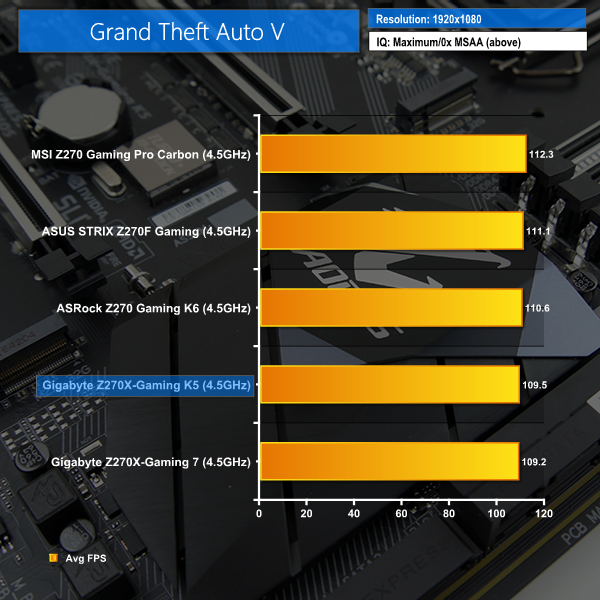 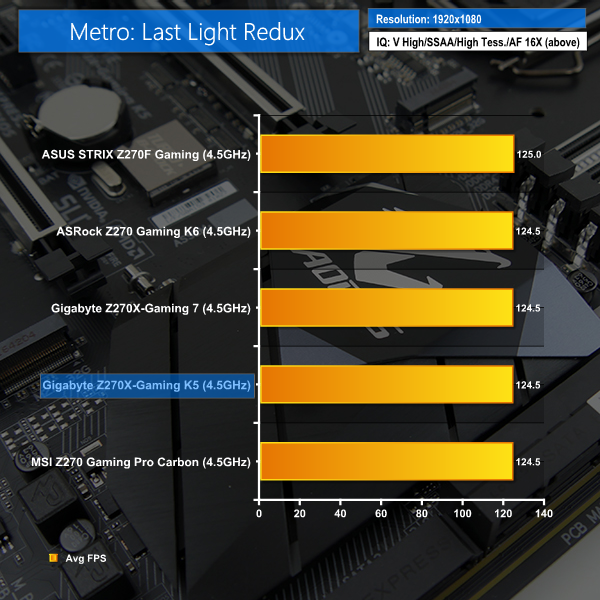 3DMark’s Fire Strike test results in a decent score for the Gaming K5. However, this positivity is lessened when looking at Ashes of the Singularity and GTA V performance; the Aorus Z270X-Gaming K5 drops about 1-2% of the FPS performance in both of those titles compared to competing vendors’ motherboards.

To put this in perspective, however, the performance difference is barely 1 FPS at ~40FPS in Ashes and around 1-2 FPS at over 100 FPS in GTA V. So, the differences aren’t going to be highlighted as major issues and Metro: Last Light Redux generally isn’t fussed for which motherboard it prefers.