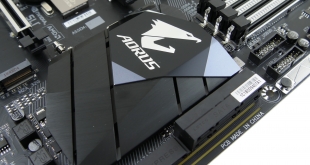 Gigabyte's new Aorus range of Z270 motherboards spans from the ultra-high-end, £500 Gaming 9 all the way down to the mid-range, ~£170 Gaming K5. We are examining that mid-range Z270X-Gaming K5 to see how it performs and check whether Gigabyte's choice of features maintained on the more cost-effective SKU makes sense. 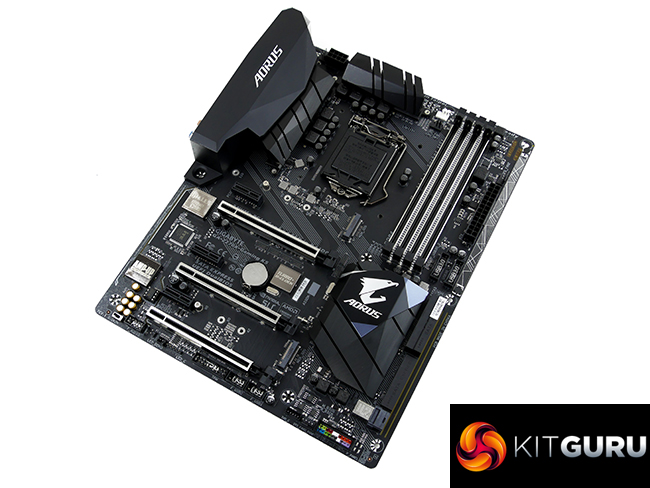 The Gaming K5 model for Gigabyte's Aorus Z270X range differs to its siblings (except the Gaming 8) by way of its colour scheme. Black and white styling found on the Gaming 7 and other boards is ditched in favour of a more neutral, primarily black appearance. Gigabyte is instead relying upon the significant number of onboard LEDs to add flair to this board's looks.

Despite the difference in styling, many of the Aorus range's key features are maintained for the Z270X-Gaming K5. RGB Fusion is present, even if the quantity of onboard LEDs is slightly reduced compared to the higher-end SKUs (though they are still at a double-digit count). Smart Fan 5 is also present, giving users access to a superb fan control system that works as well with 4-pin PWM fans as it does with 3-pin DC fans and pumps.

USB 3.1 Gen 2 10Gbps is available in Type-A and Type-C form though this time it is powered by the ASMedia ASM2142 chipset, rather than Intel's competing solution seen on the Z270X-Gaming 7, which also offers 40Gbps Thunderbolt 3 support. Killer's E2500 NIC is the sole offering for the Gaming K5 and Realtek's new ALC1220 codec handles audio duties, as is common for Z270 motherboards in the price segment.

With support for multi-GPU configurations, and multiple high-speed storage drives through dual M.2 slots and onboard U.2, Gigabyte's Aorus Z270X-Gaming K5 is shaping up to be a strong gaming motherboard option at ~£170. Let's take a closer look at the design and see how it performs in our testing.