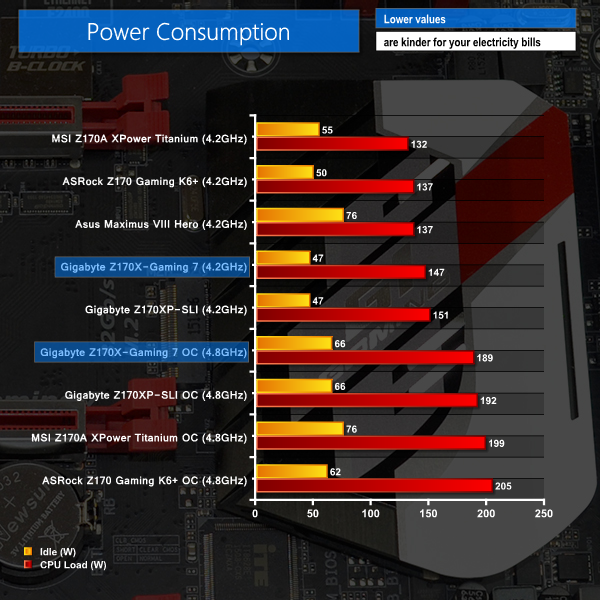 Power consumption for the stock-clocked board is slightly swayed by our manual workaround to enable MCT-level performance. With that said, the idle power consumption numbers shown by Gigabyte's board are particularly impressive.

Positive numbers are also shown by the Z170X-Gaming 7 when the system is overclocked, although this is to be expected given the core voltage undershoot previously highlighted.