Intel's Skylake processors are just the latest Intel CPU architecture to see many of the critical system operations handled by the processor. As such, benchmarking a motherboard becomes more of a test to certify that the part operates correctly and meets the anticipated performance levels. 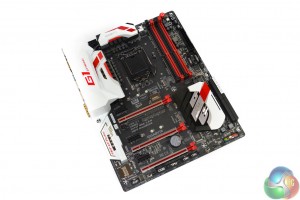 When XMP is enabled, many of the competing vendors’ motherboards automatically apply a CPU operating state that sees all cores running at their maximum turbo frequency (typically termed as Multi-Core Turbo, or MCT). Gigabyte, however, does not feature this setting on its Z170X-Gaming 7 motherboard.

We manually overclocked the CPU to its maximum turbo state of 4.2GHz and set the cache frequency to 4.1GHz. This allows us to keep the performance results and testing configuration consistent with data from ASRock’s, Asus’, and MSI's motherboards.