Hitting the Game Boost button in the UEFI applied a 4.8GHz overclock to our 7700K CPU using 1.3V. A -4x AVX offset was applied in order to maintain complete stability. Memory was manually set to 3200MHz @ 1.35V.

MSI’s Game Boost overclocking preset is good. It isn’t as fine-tuned as ASUS’ automated wizard but the voltage level is around 80mV lower than 4.8GHz settings for ASRock (-2x AVX offset) and Gigabyte. 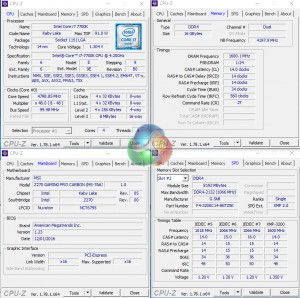 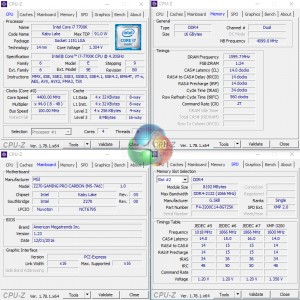 4.8GHz is held stably at 1.30V under general heavy load. AVX workload such as Prime 95 see the chip backing down to 4.4GHz. This is the secret for MSI’s ability to use a low 1.30V VCore while also maintaining complete system stability and operations as high as 4.8GHz (non-AVX).

To test the MSI Z270 Gaming Pro Carbon motherboard’s CPU overclocking potential, we first increased the CPU VCore to 1.35V and applied the Mode 4 LLC setting in order to deliver a constant voltage close to our intended 1.35V. 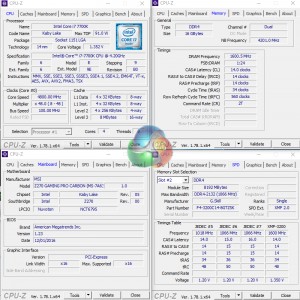 Hitting our chip’s 4.8GHz limit using the MSI Z270 Gaming Pro Carbon was straightforward. We simply selected the multiplier and voltage we wanted, saw that Mode 4 LLC would deliver a stable voltage, and saved the UEFI setting.

The LLC option worked well, delivering between 1.344V and 1.360V to the CPU under heavy Prime 95 load. This level of accuracy is good for a mid-range motherboard. 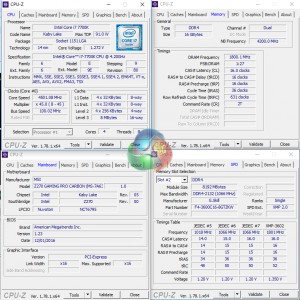 G.Skill’s 3600MHz XMP memory worked without issues in the MSI board.

As a performance comparison, we have included the results from three other Z270 motherboards. The maximum overclocked configuration achieved with each board was a 4800MHz (48 x 100MHz) processor frequency whilst using 3200MHz CL14 memory. 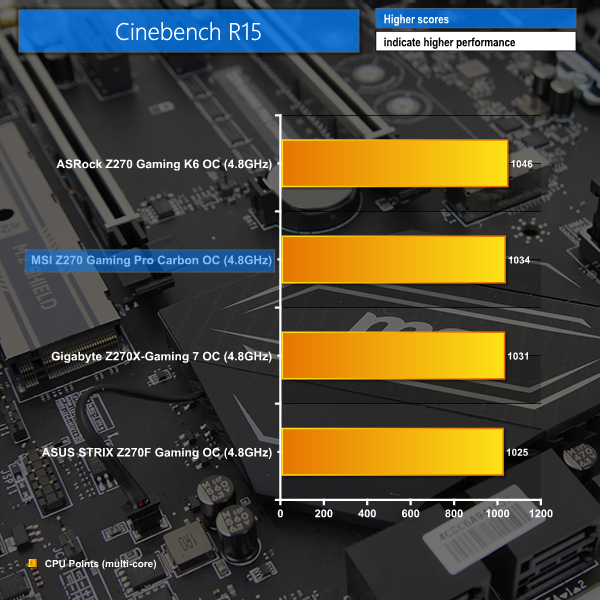 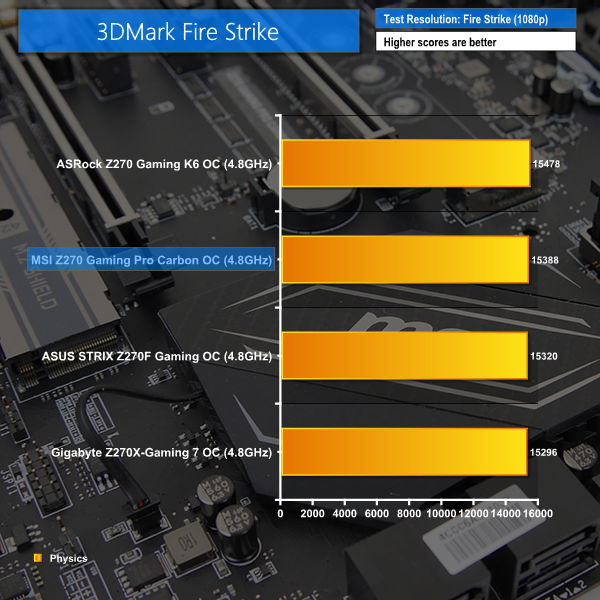 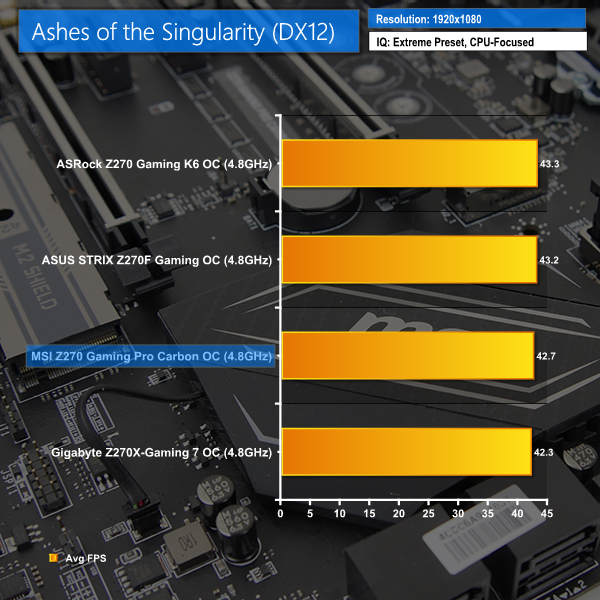 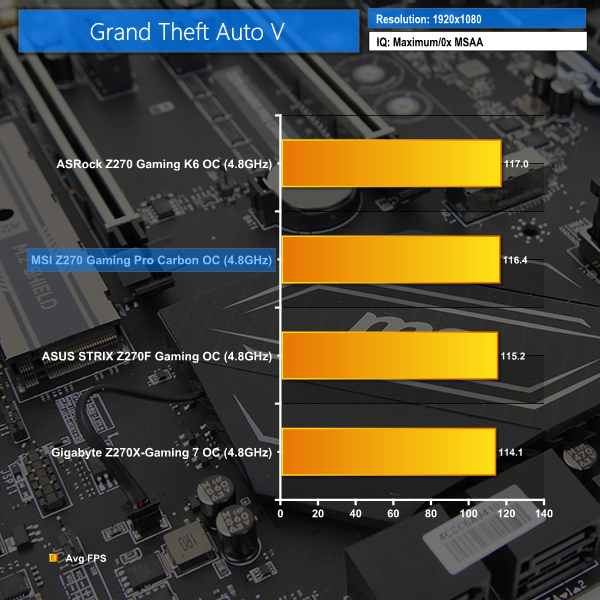 A solid kick in performance is achieved through overclocking. MSI’s board was perfectly stable throughout overclocked testing. 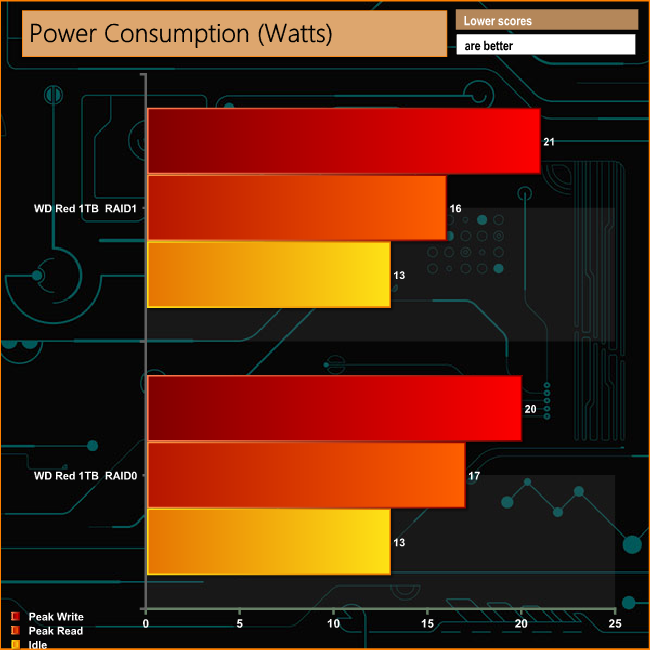 Despite its high stock (MCT) voltage, MSI delivers positive power draw numbers thanks to the power delivery system’s ability to drop the CPU voltage under low load. AIDA64 power draw is similar between the stock-clocked offerings from MSI, ASUS, and ASRock.

The accuracy of the voltage controller and LLC setting sees MSI’s motherboard display a positive reading under overclocked load. MSI uses slightly less power than ASUS and ASRock but a smidgen more than Gigabyte.