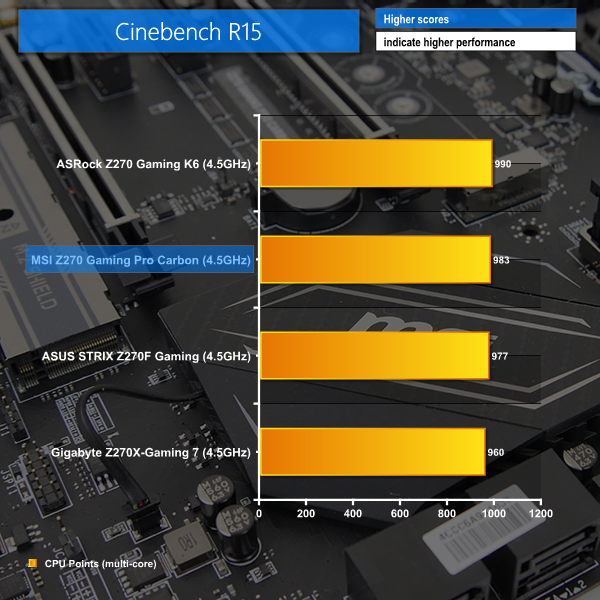 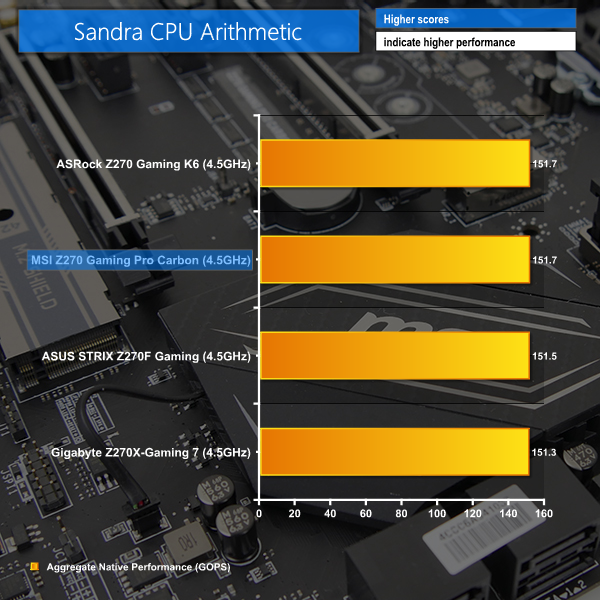 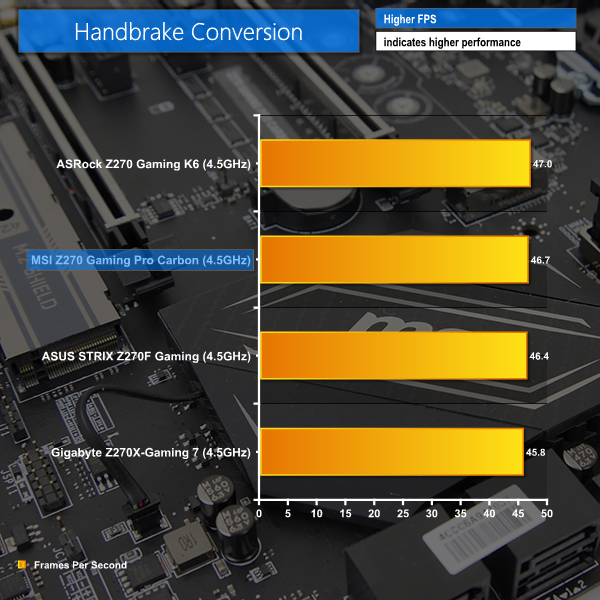 CPU performance from MSI’s Z270 Gaming Pro Carbon is strong. The board generally nips at ASRock’s heels for first place in the charts.