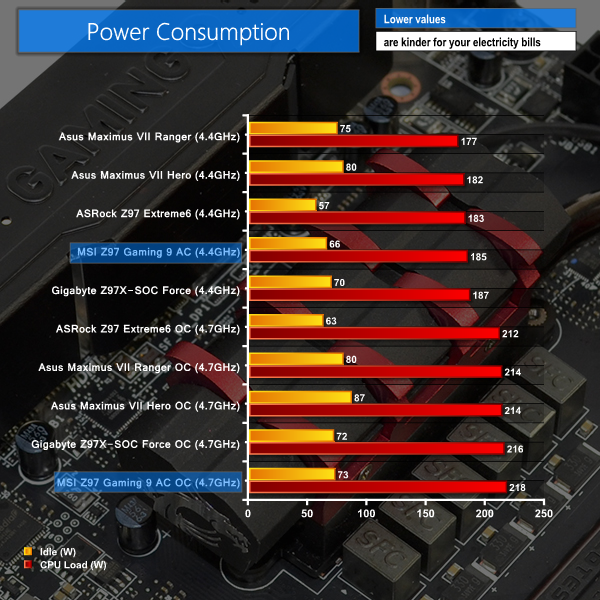 Load numbers aren’t quite as competitive as those displayed when idle. That’s to be expected of such a controller-heavy motherboard, though. The requirement for 1.31V CPU VCore when overclocked has a negative impact on the load power consumption at 4.7GHz.