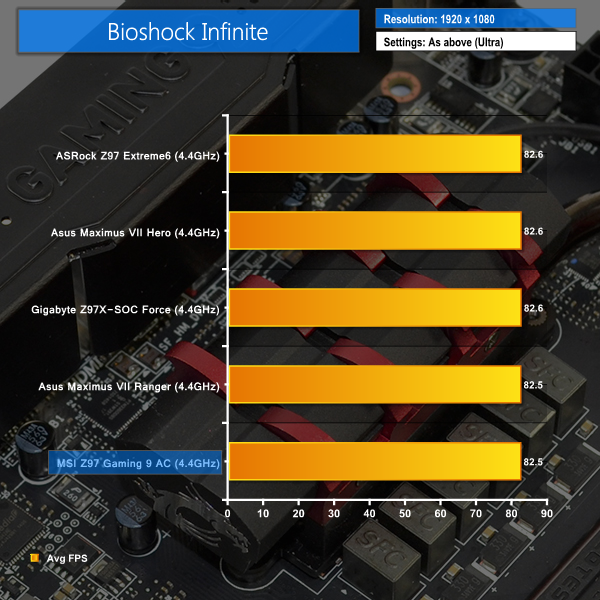 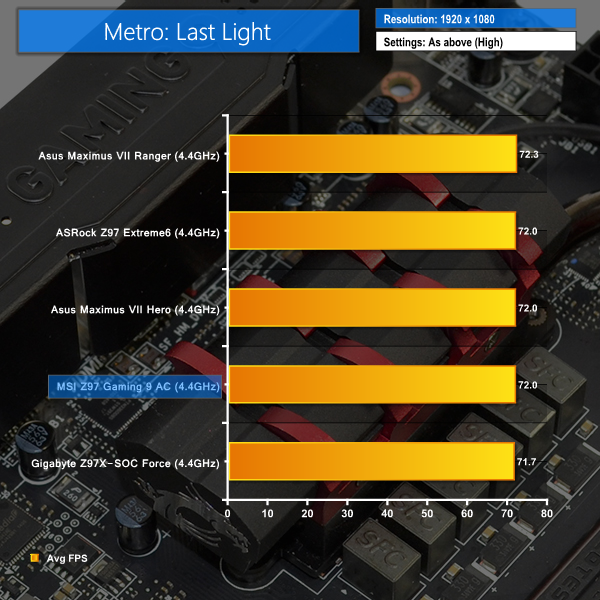 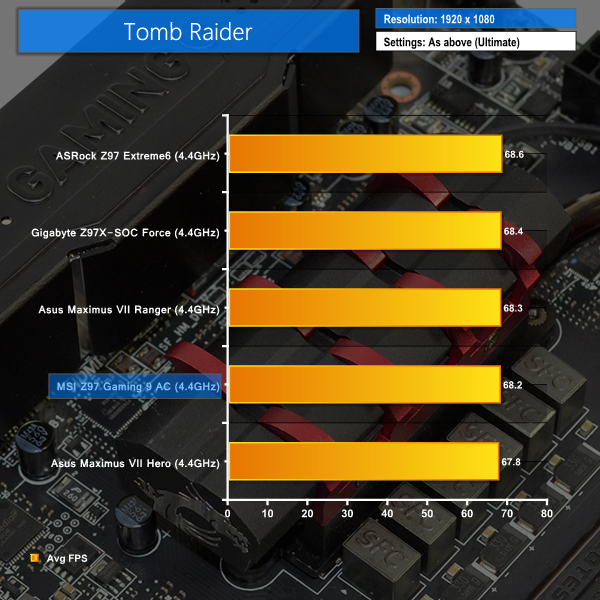 Frame rates for MSI’s Gaming series flagship are solid. Respectable scores are displayed in all three games. While there are differences of a few tenths of a frame between the boards, the reality is that such negligible margins will be almost impossible to detect.