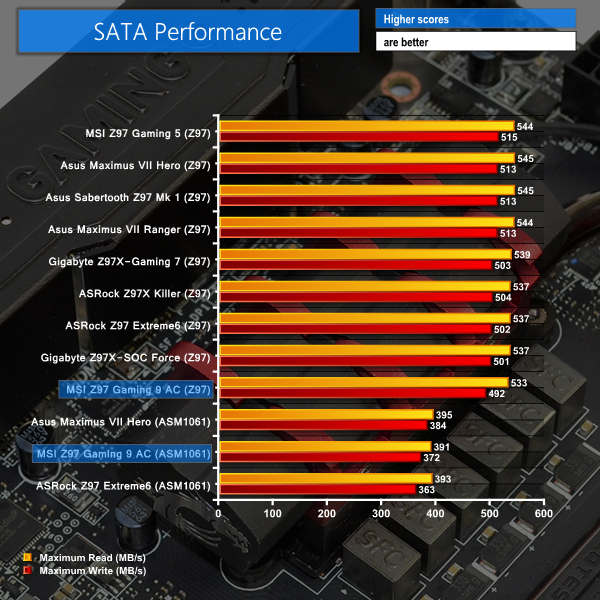 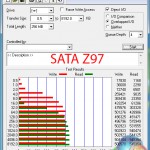 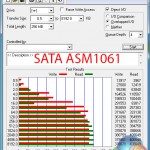 Although MSI’s Z97 Gaming 9 AC seems to take a bottom spot, of sorts, with its Z97 SATA speed, degradation on our ageing Kingston SSD has a role to play in the results. Even with that said, performance differences between all Z97-based SATA connections are relatively small.

Relying upon ASMedia’s popular ASM1061 chipset for its added pair of SATA 6Gbps ports, it is clear that MSI’s part sees the same speed limitations as those from competing vendors.

We also use a Kingston M.2 SATA device to confirm the motherboard’s operation with M.2 SATA connections. 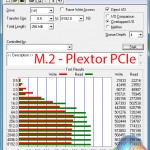 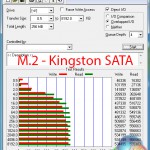 M.2 performance through the board’s chipset-fed connector is where we would expect it to be.

We installed and tested Kingston’s M.2 device with a SATA-based controller to confirm that the MSI Z97 Gaming 9 AC can indeed function with SATA-based M.2 drives. 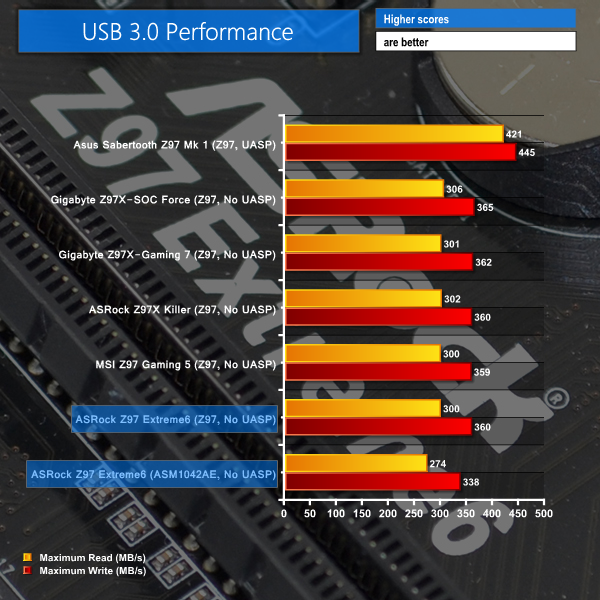 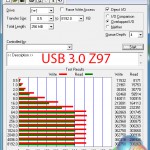 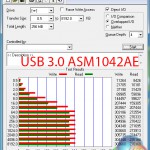 USB 3.0 performance through MSI’s chipset-based ports is similar to that of other non-UASP motherboards. A few megabytes are dropped, compared to competing options, but those losses are related to MSI’s use of an ASMedia ASM1074 4-port hub.

Speed of the ASM1042AE USB 3.0 ports is slightly lower than the Z97-based alternatives. MSI’s inclusion of the add-on ASMedia chipset is purely to bolster the board’s total number of the SuperSpeed connections.

Audio Boost 2 for the Z97 Gaming 9 AC uses a C-Media CM6631 audio processor that delivers a 120dB signal-to-noise ratio with a 32-bit output. This processor is used in tandem with the popular Realtek ALC1150 codec.