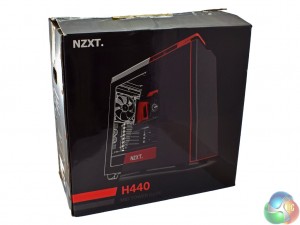 The DinoPC Primal GT0 arrived safely packaged in the NZXT H440 case box. Bubble wrap was stuffed inside the case chassis, too, protecting the internal components from damage. 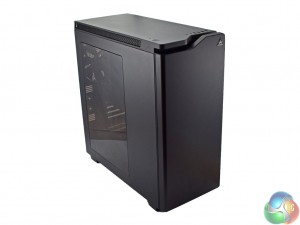 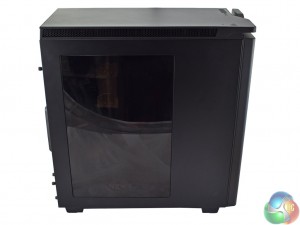 Upon opening the box, we get our first look at the system.

The NZXT H440 is a minimalistic case, with little in the way of external ‘bling', though DinoPC have added a sticker to the front panel.

A semi-transparent, black window means you can just about see the insides of the chassis – although, realistically you want the RGB lighting turned on to see inside. More on that later. 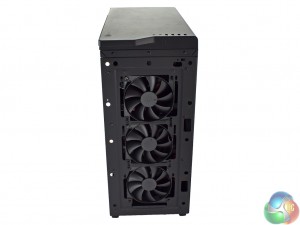 The front panel is fully removable, and behind it are 3x 120mm intake fans. All three are covered by a dust filter so it is good to know your rig should not get too dusty, despite having 3 intake fans. 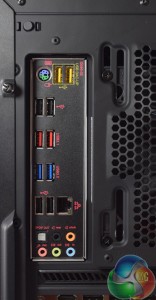 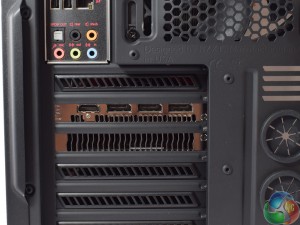 Turning to the rear of the case, we get a good look at the motherboard I/O panel. The USB 3.1 ports are the standout feature here, though they are Type-A, not Type-C.

The RX 480 has 3x DisplayPort and 1x HDMI output options. 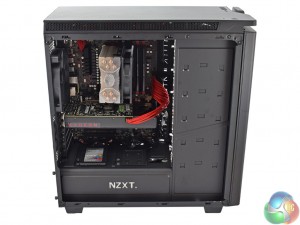 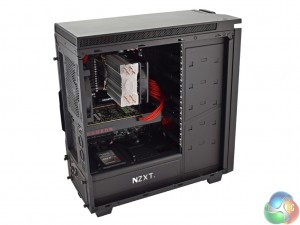 Removing the side panel gives us our first look at the insides of the GT0.

The black and red colour scheme is immediately obvious, with the red cable extensions as well as the matte black RX 480 being very visible. 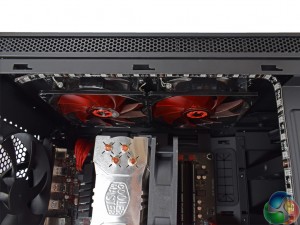 While they do look good and obviously exhaust air out of the case, the choice of red LED fans makes the RGB lighting kit redundant. After all, if the fan LEDs are red, different colours from the RGB LED strip will clash – meaning it may as well just be a red LED strip. 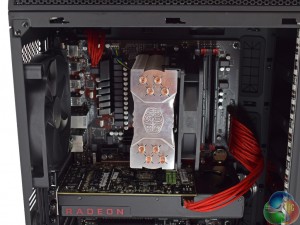 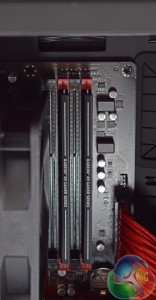 Moving down the case, we can see the CoolerMaster Hyper 212x cooler, which sits on the AMD FX-8320. Given this CPU is nearly 4 years old, it will be interesting to assess its performance today.

To the right of the cooler is 16GB of Radeon R9 Gamer Series 2133MHz DDR3 memory. Perfectly capable, DinoPC are continuing the AMD theme throughout the GT0. 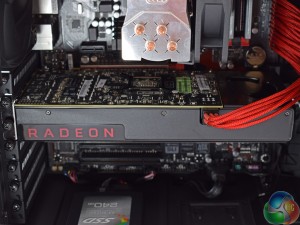 Next we come to the main attraction – the new RX 480. The reference design is a fairly short card, and does not feature a backplate. It takes power from a single 6-pin connector.

The Gigabyte 990X-Gaming SLI motherboard also has a spare x16 PCIe slot for CrossFire should you feel the need down the line. Incidentally, both x16 slots are reinforced with metal for extra sturdiness and peace of mind that your shiny new GPU is not just about to fall out of its slot. 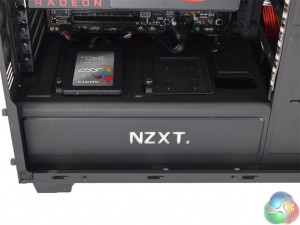 At the bottom of the case, the Corsair 650VS PSU is hidden by a full-length shroud. On top of the shroud sits the 240GB Adata Premier SP550 SSD. I think 240GB is a smart size – 120GB is just not enough any more, while a 500GB drive adds extra cost. 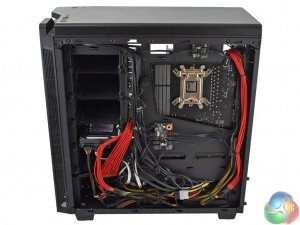 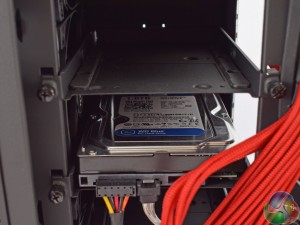 Turning now to the other side of the H440, we get a look at the cable management. While everything is tied down and tucked away out of sight – so from the front it looks great – I think things are a bit messy at the back. It would be tricky to untangle the bunched-up cables at the bottom if you were installing a new component, for example. Aesthetically, too, it is not very pretty.

In fairness to DinoPC, though, the motherboard cut-out is unobstructed by cables, so at least you could switch out the CPU cooler with no hassle.

That aside, we can also see the 1TB WD Blue data drive tucked away in one of the front 3.5-inch drive bays.

Finally we come to the RGB lighting kit. Above you can see some of the different colours the LEDs can be changed to – all via a small remote control.

Some work well with the red case fans – such as white, and (obviously) the red option.

However, as I mentioned, some colours clash – and it looks worse in real life than can be conveyed by a photo. Still, the functionality is cool and you can configure different modes too – such as rapid alternation between colours. It is just a shame the roof fans are not RGB – something like Thermaltake's Riing RGB fans would work very well with the RGB strip.