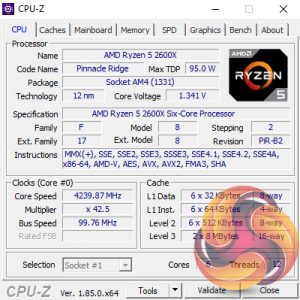 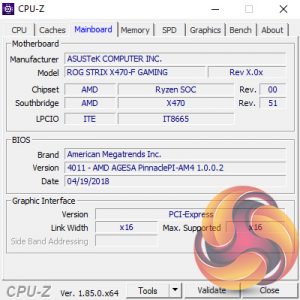 The Falcon’s most exciting component is its second-generation AMD Ryzen processor. The Ryzen 5 2600X has a 3.6GHz stock speed with a 4.2GHz peak – and don’t forget it delivers six multi-threaded cores.

That specification compares well to other machines. It’s got more cores than the overclocked i3-8350K inside the Overclockers UK system, and it’s even further ahead of the stock-speed i3-8100 inside the PC Specialist. The only chip that may provide a comprehensive challenge is the i5-8600K inside the CyberPower, which has six cores and an overclocked speed of 4.3GHz – but no multi-threading.

The processor is supported by a conventional array of components. There’s 8GB of dual-channel 2,666MHz DDR4 memory, and Windows 10 Home sits on a 256GB AData SX6000 SSD along with a 1TB hard disk. 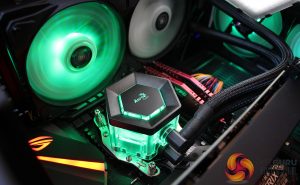 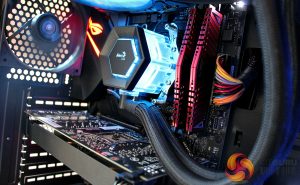 Those parts plug in to an Asus ROG Strix X470-F Gaming motherboard. It’s a smart ATX board that serves up many of the familiar features from the Asus gaming range. It’s got chunky metal heatsinks that illuminate with RGB LEDs, and a rear I/O that serves up loads of USB 3.1 ports, five audio jacks and a Type-C connector.

The Asus board has reinforced steel PCI slots, and it has two memory slots free – even if they’re tricky to reach. A second M.2 slot is also free in the centre of the board – although the water-cooling pipes make it awkward to access. Users also get the usual Intel gaming-friendly Ethernet and SupremeFX audio, both of which will be good enough for the vast majority of users. 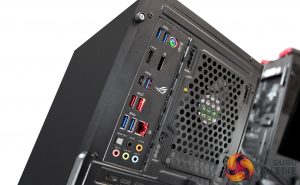 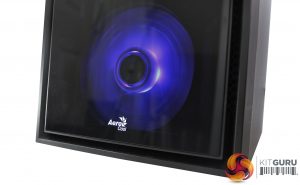 This is a mid-range board, though, so you do miss some features – and others are compromised because of the Falcon’s tight confines. There are no on-board buttons, and no on-board POST display – both of which are useful for tinkerers. You don’t get on-board Wi-Fi, either. And, while the board does have diagnostic LEDs, they’re hidden at the top of the case, behind the water-cooling unit. 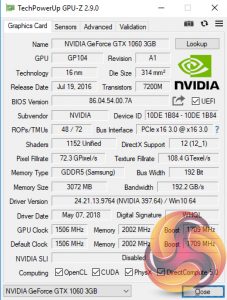 Disappointingly, the GTX 1060 included in this machine may well be the most underwhelming component. That’s because Falcon has deployed the weaker 3GB version of the card, which not only has less GDDR5 memory, but it also has 128 less CUDA cores than its 6GB brother. That will hurt performance when it comes to gaming and synthetic benchmarks.

The good news is that Falcon allows for plenty of PC customisation. Virtually every component in this PC can be changed, and upgrading to the 6GB GTX 1060 will only cost around £35.