The market for people buying an expensive CPU and using it for gaming at 1080p is likely to be limited. What 1080p does is give a good indication of the CPU’s raw gaming performance as GPU power is sufficient to push frame rates to a level where the CPU and memory limitations can be observed.

We supplement the 1080p gaming results with a pair of games tested at 2560×1440 resolution. We chose Deus Ex: Mankind Divided and Far Cry 5 as the former is particularly GPU heavy at higher resolutions and the latter is a (relatively) computationally heavy, open-world game. 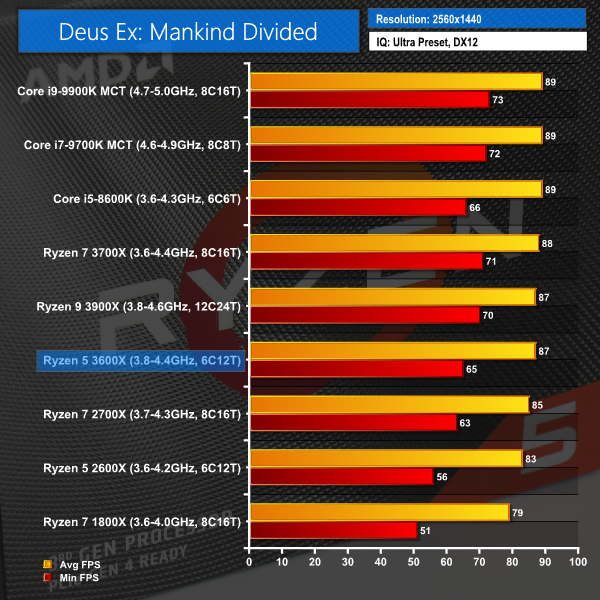 1440P places more demand on the GPU and, in turn, brings down the average FPS numbers. In this test case, the average performance difference between the Coffee Lake i5 and Zen 2 Ryzen 5 is negligible. 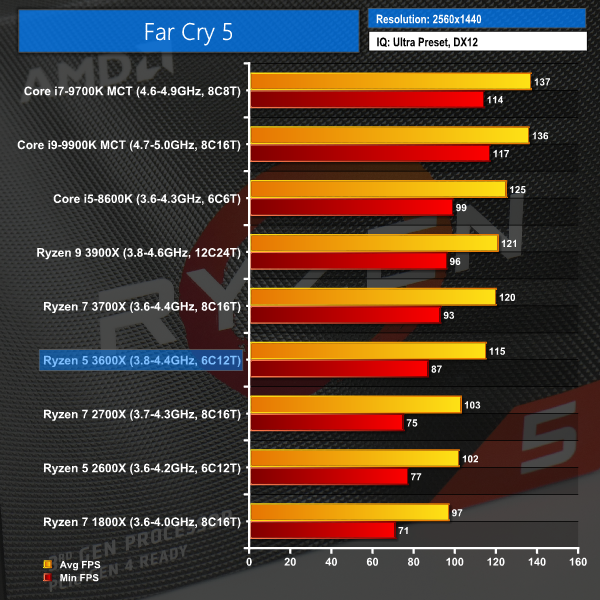 Switching up to 1440P and the Coffee Lake i5 is still faster than the Ryzen 5 3600X on average. The performance advantage for Intel’s chip is around 10 FPS.