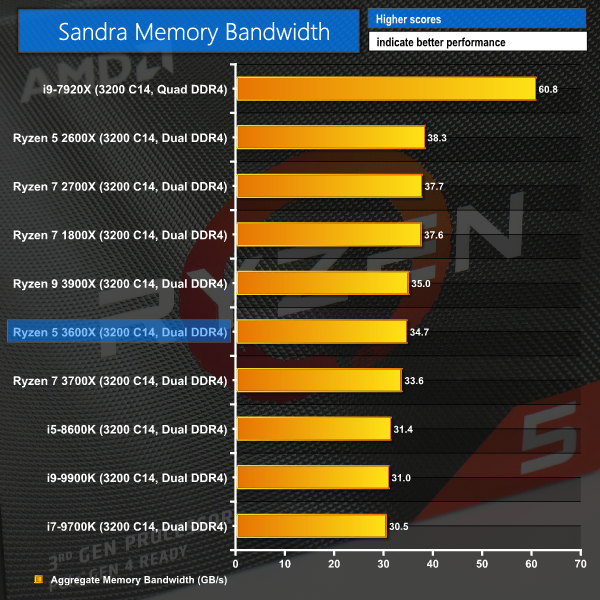 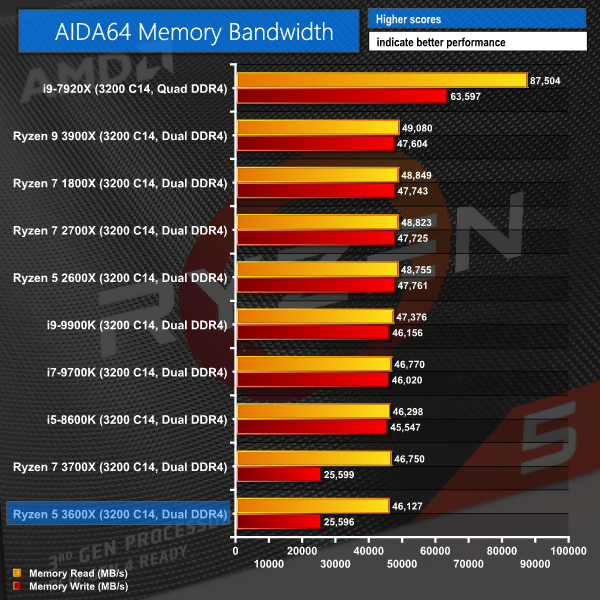 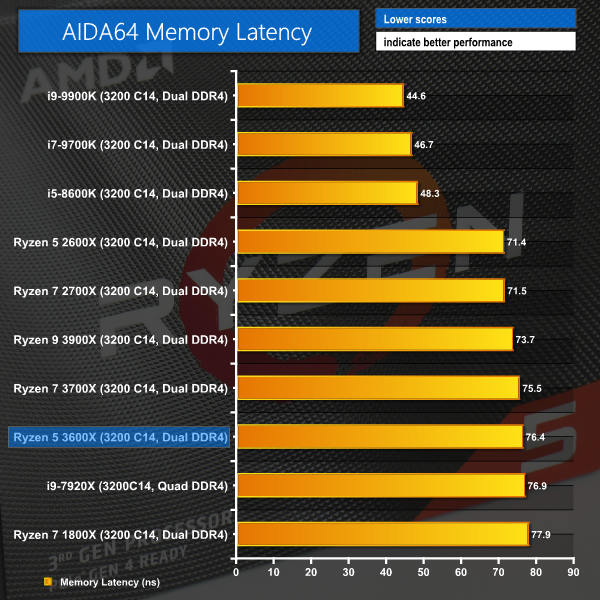 Memory bandwidth is right around where we would expect for 3200MHz DDR4 on Ryzen 3000. The half-speed AIDA write score is due to the single link to Zen 2’s segregated IO die, whereas the dual-CCD chips get two links for full speed write performance. We have seen no evidence that this quirk of the Ryzen 3000 single-CCD design hurts performance.

Memory latency is close to what we saw from the higher-end Zen 2 chips, motherboard differences aside. Cache and memory latency registers at 33ms, which is the same as the Ryzen 7 3700X and Ryzen 9 3900X in our testing. By comparison, the Coffee Lake i5 and its dissimilar cache architecture registers at 17ms in our SiSoft Sandra benchmark.